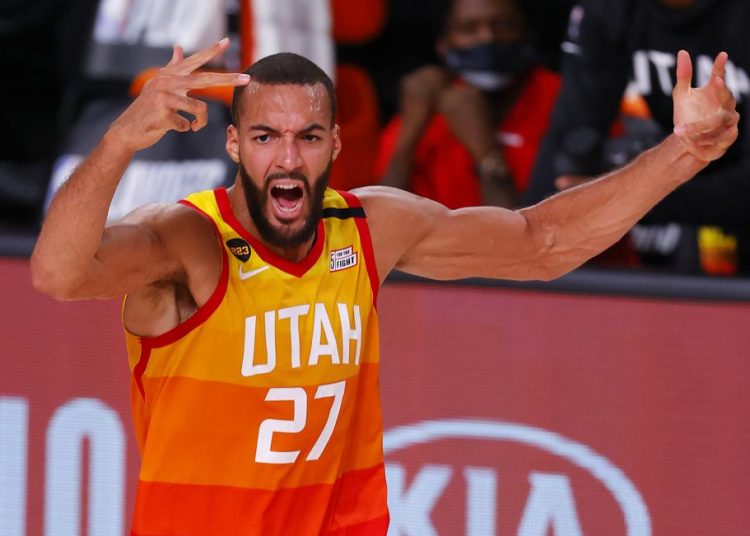 All-NBA big man Rudy Gobert will sign a five-year, $205 million contract extension with the Utah Jazz, he told ESPN after agreeing to the largest deal for a center in league history.

Gobert, 28, was eligible for a supermax extension worth $228 million — identical to the deal Giannis Antetokounmpo just signed with the Milwaukee Bucks — because he is a two-time Defensive Player of the Year and three-time All-NBA selection. Gobert said he did not request the full supermax because he wanted the Jazz to have flexibility to continue building around co-star Donovan Mitchell and him.

Gobert’s contract is the third-biggest deal in NBA history, behind Antetokounmpo’s freshly signed deal and a five-year, $206.8 million deal that Washington Wizards point guard Russell Westbrook signed with the Oklahoma City Thunder in 2017.

The Jazz locked up both of their All-Star franchise cornerstones to long-term extensions this offseason. Shooting guard Mitchell, 24, signed a five-year maximum extension of his rookie contract worth a guaranteed $163 million, with a 30% escalator clause that would increase the overall value of the deal to $195 million if he is selected to an All-NBA team this season.

There was well-documented tension between Gobert and Mitchell that surfaced during the NBA’s hiatus earlier this year, but both players expressed confidence that they could continue to form a productive professional partnership after discussing their issues before the league’s restart. That belief was reaffirmed by their chemistry in the bubble.

Gobert, who is entering the final season of a four-year, $102 million contract, has been an All-NBA selection in three of the past four seasons and was named the league’s Defensive Player of the Year in 2017-18 and 2018-19. He has averaged 14.7 points, 12.6 rebounds and 2.3 blocks per game during the Jazz’s streak of four consecutive seasons with postseason berths, having been a pillar of the franchise’s transformation from a 25-win team his rookie year to a perennial playoff squad.