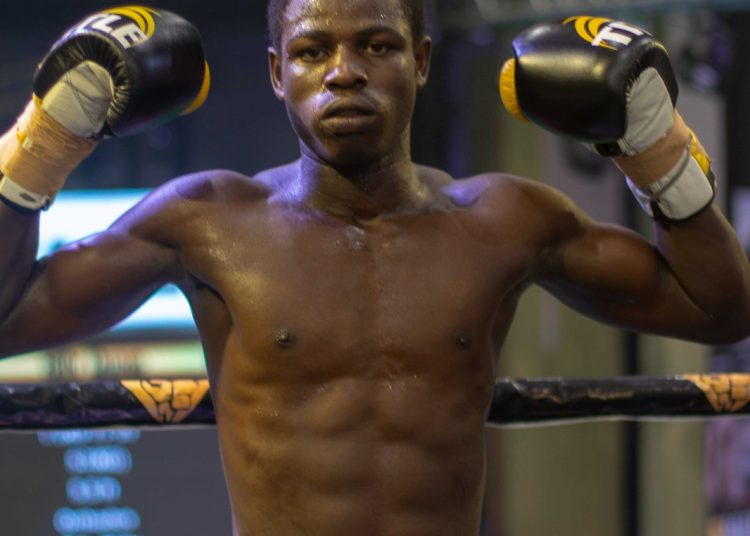 The absence of fans, however, did not take the shine off the action as a total of ten thrilling bouts, none of which went the distance, excited fight affiocionados who followed the live action online courtesy the ACE Power promoters’ live streaming via their ACE TV on Facebook and YouTube.

In the main event, Robert ‘Stopper’ Quaye left no one in doubt of his abilities with a ruthless round 2 stoppage of Sarouna Mouibi of Togo in the headline fight which an international super lightweight clash scheduled for 10 rounds. Undefeated Quaye improved his career record to 18 wins, 0 losses with 15 knockouts to boot as he rekindled his world title chase. 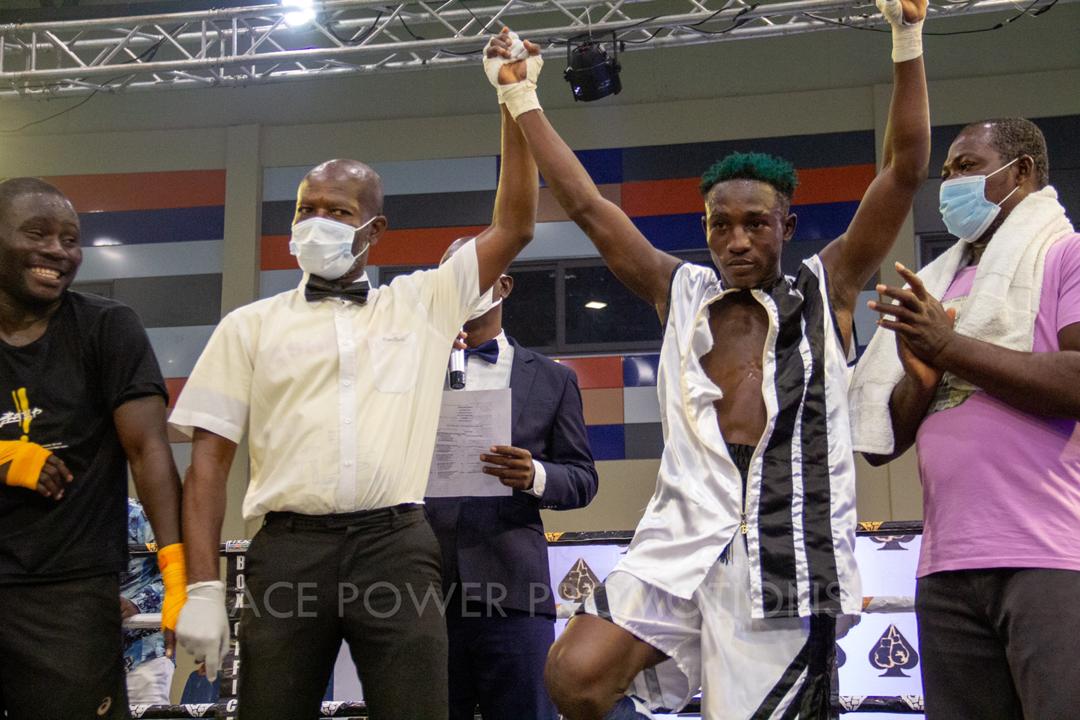 It was a night that also saw young Holy Dorgbetor, a former sparring mate of former world champion, Isaac ‘Royal Storm’ Dogboe, and experienced Daniel Aduku both fight and claim their first wins under the management of ACE Power Promotions.

21-year old Dorgbetor saw off Billy Quaye via a round 2 TKO following a dominant display that saw him floor his opponent twice much to the admiration of former 2-time IBF bantamweight champion of the world, Joseph Kingkong Agbeko who was ringside as guest commentator on ACE TV’s live broadcast. 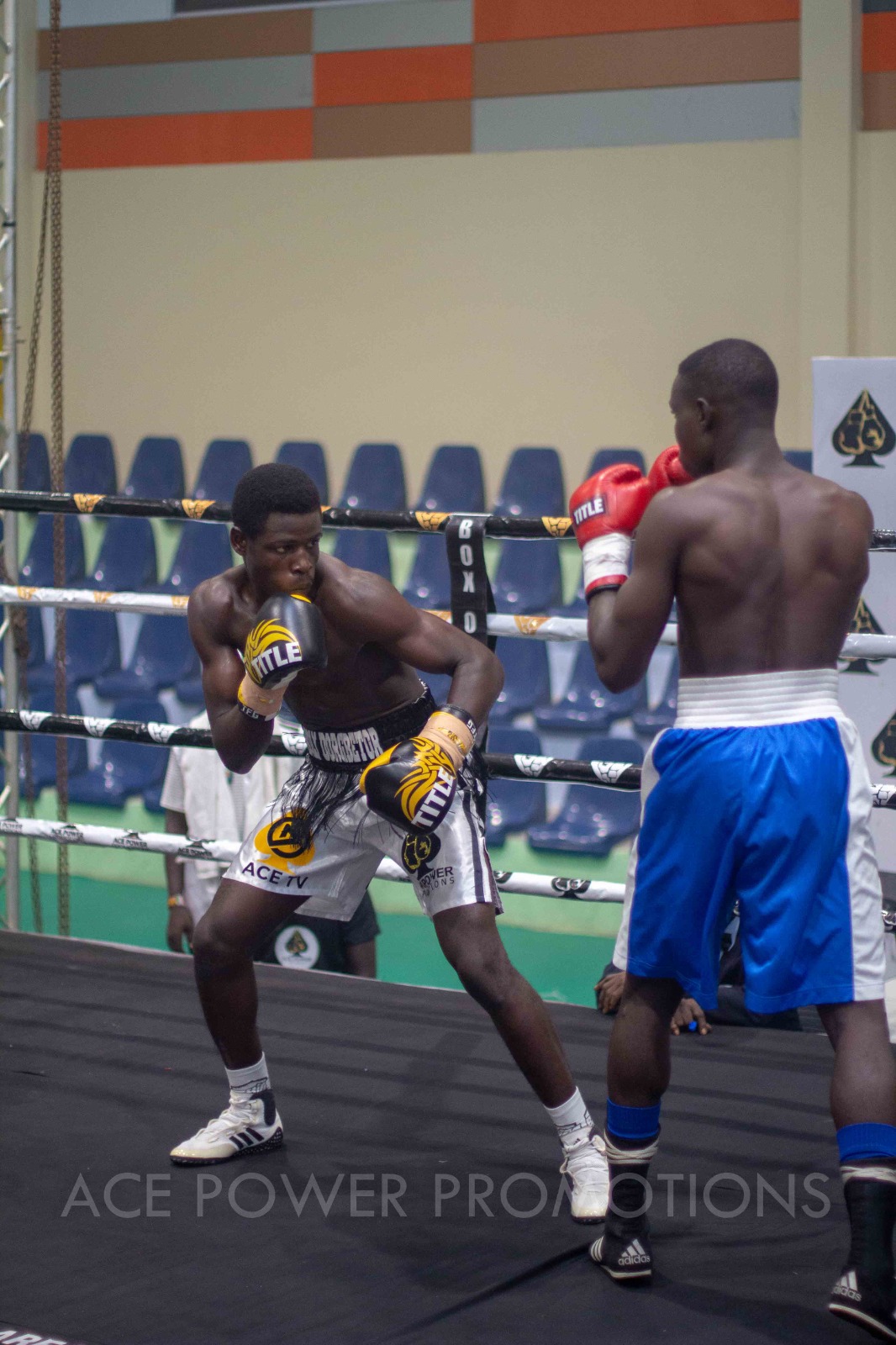 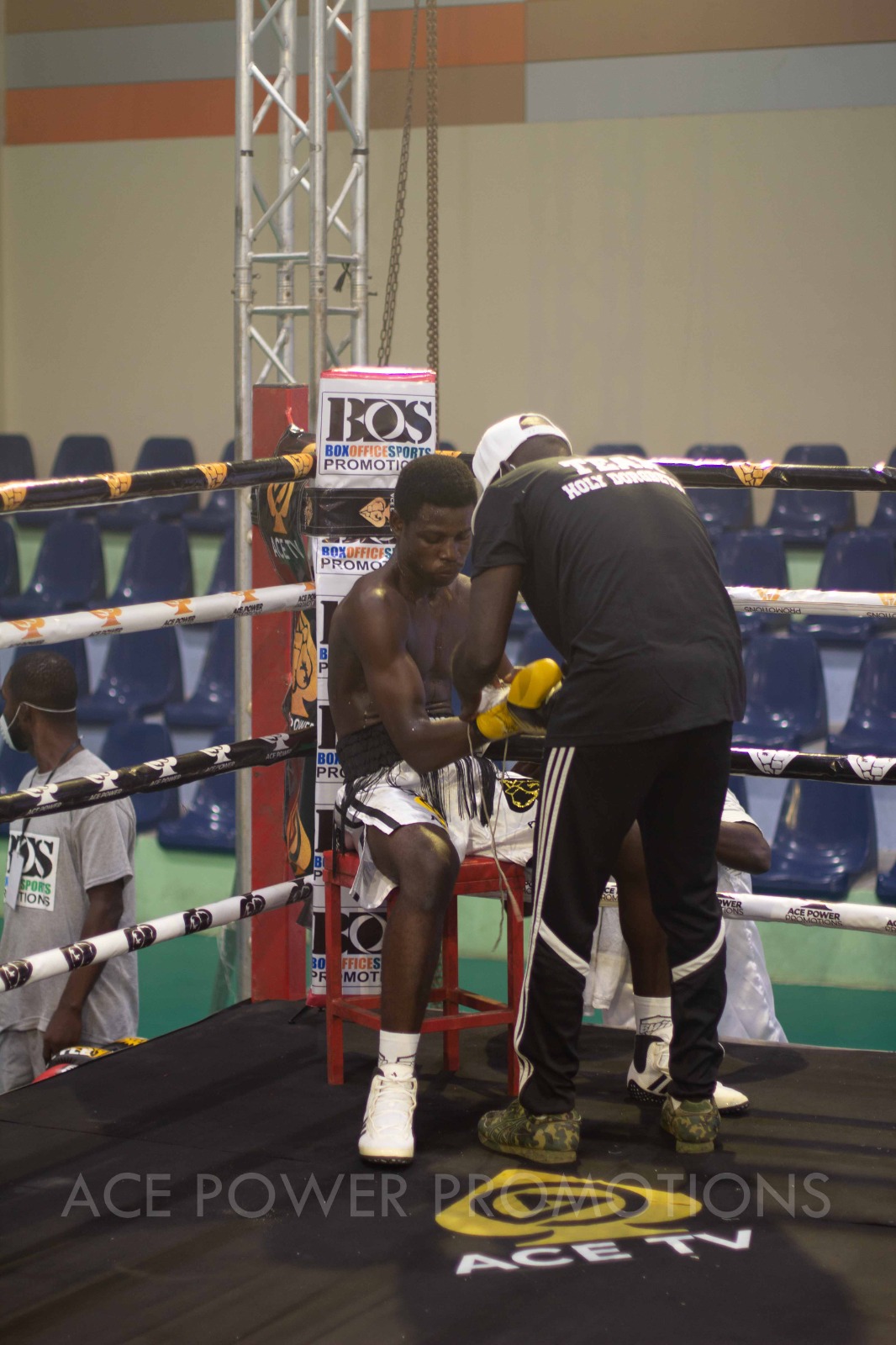 Daniel ‘No Size’ Aduku who overcame Sani Yidana Kugblie courtesy a round 4 TKO after also outclassing his opponent in a super welterweight contest. 31-year old Aduku moved up to 15-2, 8 KOs after impressing in his first fight since signing with ACE Power Promotions. 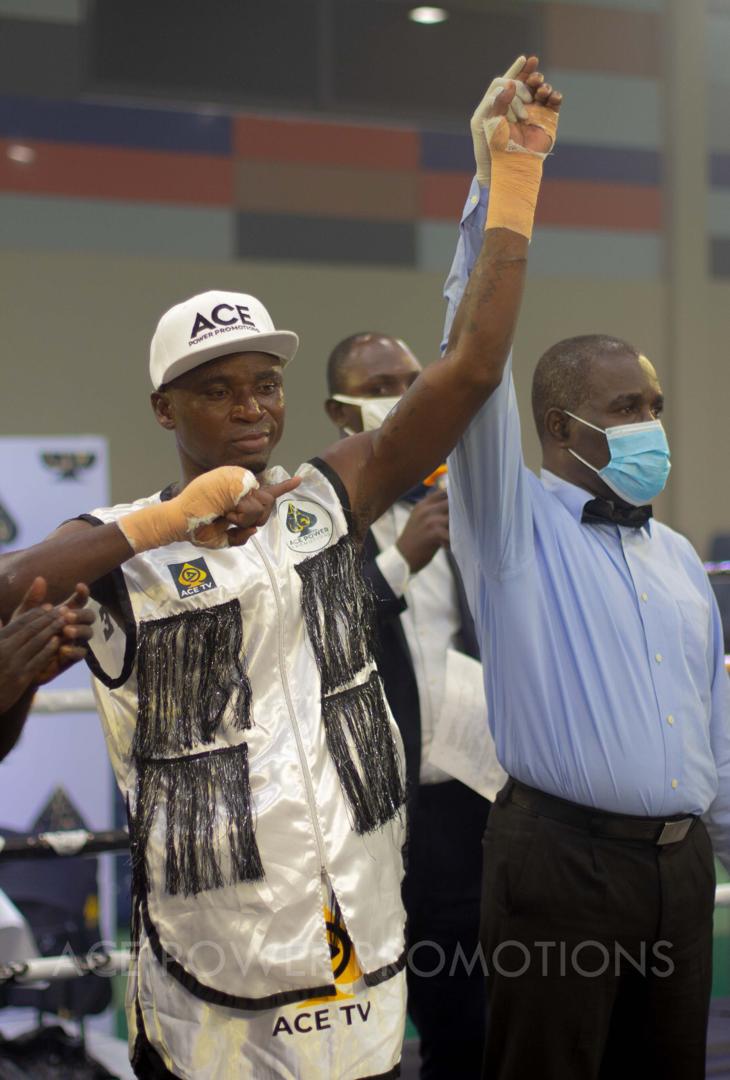 In other fights, 18-year old Alfred ‘Showtime’ Lamptey defeated Edward Kambassi, sending the veteran to the canvas twice before finishing him off in round 3 of their featherweight contest improving his perfect career record to 7 wins, no loss with 7 KOs to boot.

Lamptey received a lot of commendation and encouraging words from another former world champ, Joshua Clottey who was ringside as well.

Another winner on Christmas Eve in Accra was Prince Oko Nartey from Somanya who saw off namesake, Prince Tetteh through a round 2 KO of their super middleweight contest, while lanky Ahmed Abdullah had virtually an off day on his pro debut after opponent, Issifu Osman was disqualified in the very first round for a lack of effort in a light heavyweight contest.

Elsewhere, Isaac Awuley Aryee, returning for the first time since suffering a life threatening road accident in 2017, beat Richard Dogbenya via a round 5 TKO of a super welterweight contest to relaunch his almost forgotten career.

18-year old Michael Dicardi-Nelson handed a beat-down to 41-fight veteran, Amadu Seidu who failed to answer the bell for round 3 of a bantamweight contest billed for 6 rounds whilst debutant Mohammed Ayikwei Aryeetey saw off fellow debutant Marvelous Dodoo in spectacular fashion, flooring an equally aggressive opponent in the opening round and followed it up with more beating so much Dodoo could not answer the bell for round 2 at the beginning of both their super flyweight careers.

A 10th fight of the night featuring Ishmael Djan against Richard Ashong in a heavyweight contest was ruled a no-contest after four rounds.

General Manager of ACE Power Promotions, Isaac Amankwaah was delighted with the staging of the event and expressed his outfit’s willingness to keep the trend in 2021.

“We are excited that finally we were able to organise our first promotions in the capital city here in Accra, and also happy with the feedback from stakeholders in the boxing fraternity.

“We look forward to delivering more world class promotions next year like we just did to give opportunities to young talented African boxers to showcase their talent to the rest of the world.”