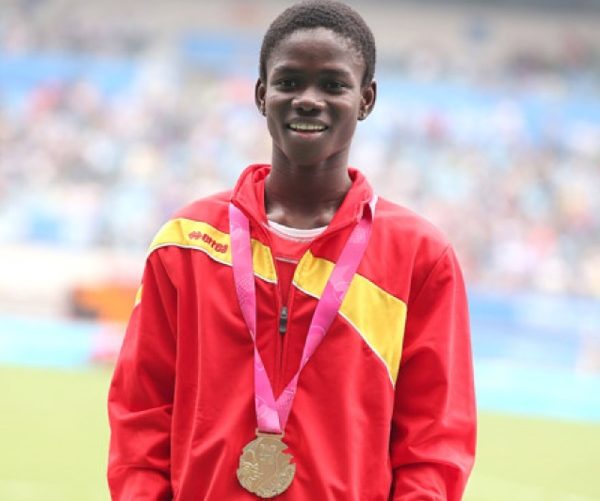 The 23-year-old recently graduated from Norfolk State University in the USA with a Bachelor of Science degree in Business Administration.

The sprinter had been studying in the United States for the past four years on scholarship, following her exploits at the 2014 Youth Olympics in the Chinese city of Nanjing, where she became Ghana’s first Olympic gold medallist at any international event.

While pursuing her academic dreams, the 800m and middle-distance star established herself a standout athlete while competing for the Spartans (NSU athletics team). She became the first known Spartan to win three straight NSU Female Athlete of the Year awards last year, a three-time Mid-Eastern Athletic Conference cross-country champion, as well as setting indoor and outdoor records over 800 metres, 1,500 m, 3,000 m and 5,000 m.

Due to her education, she has represented Ghana since winning gold in the 2014 Youth Summer Olympics in the girls’ 800 m race.

Speaking in an interview with Joy Sports, the sprinter expressed her gratitude that people still believed in her.

I thank them for believing in me. It has not been easy and to know people still believe in me is a good thing.

Just like my school’s motto says: “We see the future in you” and from what you said, there is no doubt about it.

However, it is a process. Sometimes people forget that before Usain Bolt became who he is known, for now, he had to pass through a lot. He had to train a lot, and it is never a one-day journey.

According to Martha Bissah, she is now focused on returning to the track, and she is willing to lift high the flag of Ghana once again.

Now I am done with my first degree, and I am planning on doing my Masters course as well. However, now I will put books aside and focus on the track now and this is the time to prove to my fans and people that I am the Martha Bissah they used to know.

I am sure I will come back even stronger. But I know I cannot just wake up and then come and compete, it will take a lot of training to prepare myself. I know it is a journey.

I am working hard, I am working on my technique and people around me can attest to what I am doing.

Not only that, but I want to come back and win medals for my country. I want to win gold medals for Ghana whether in Africa or during the Olympics, and I am working so hard for this to be a reality.

Furthermore, I am so confident of achieving big things for Ghana, I believe in myself and I know the same God that took me to China will also help me achieve this target.