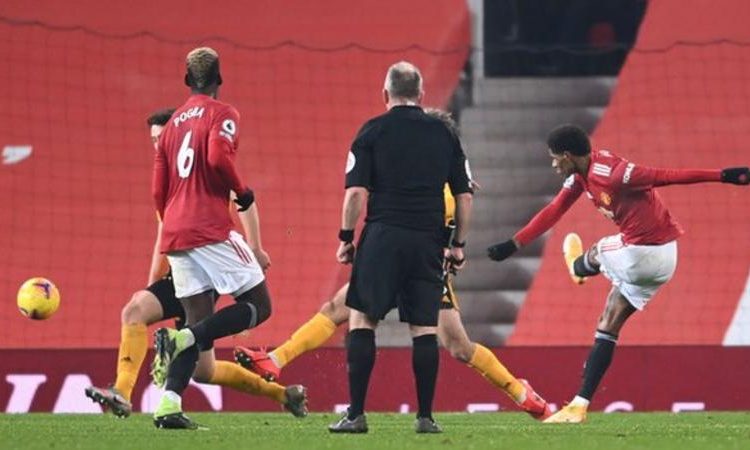 Marcus Rashford’s deflected effort in the third minute of injury time was enough to give Manchester United victory over Wolves at Old Trafford and move them second in the Premier League.

The game seemed destined for a draw when Rashford took possession on the edge of the area, near the goal-line.

But after cutting inside the box, the England man let fly with a left-footed shot that deflected off Romain Saiss to leave Rui Patricio completely wrong-footed.

It was tough luck on Wolves, who were worthy of a point, although they had Patricio to thank for an earlier save when he denied Bruno Fernandes from the best chance of the match.

Saiss was disconsolate at the end as he laid on his back, trying to take in the defeat, knowing he had come close to scoring himself when his header was turned away by David de Gea.

United are now two points behind leaders Liverpool having played the same number of games, which is as close as they have been to the top of the table at this stage of the season since Sir Alex Ferguson retired.