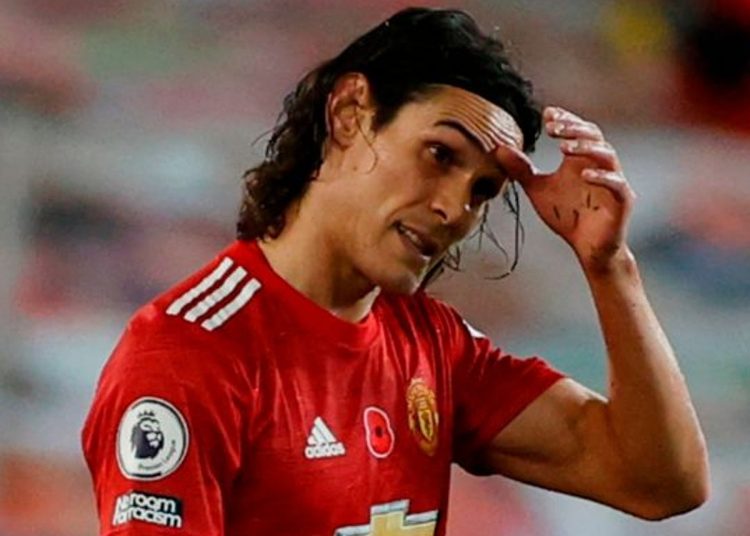 Premier League side, Manchester United, have come to the defense of forward Edinson Cavani, after the Uruguayan was punished for a recent Instagram post.

Cavani has been given a three-match ban by the Football Association for a social media post containing a Spanish phrase that is offensive in some contexts.

Cavani pleaded guilty to a charge of using insulting and/or improper words, despite insisting no malice was intended.

Manchester United released a statement after the FA announced the punishment meted out to the Uruguayan, in support of Cavani.

The club said, “As he has stated, Edinson Cavani wasn’t aware that his words could have been misconstrued and he sincerely apologised for the post and to anyone who was offended.

Despite his honest belief that he was simply sending an affectionate thank-you in response to a congratulatory message from a close friend, he chose not to contest the charge, out of respect for, and solidarity with, the FA and the fight against racism in football.

“While it is clear that context and intent are key factors, we note that the independent Regulatory Commission was required to impose a minimum three-game suspension. The club trusts that the independent Regulatory Commission will make it clear in its written reasons that Edinson Cavani is not a racist, nor was there any racist intent in relation to his post.

The Uruguayan, who has played for Napoli and PSG, joined United at the start of the season on a free transfer.