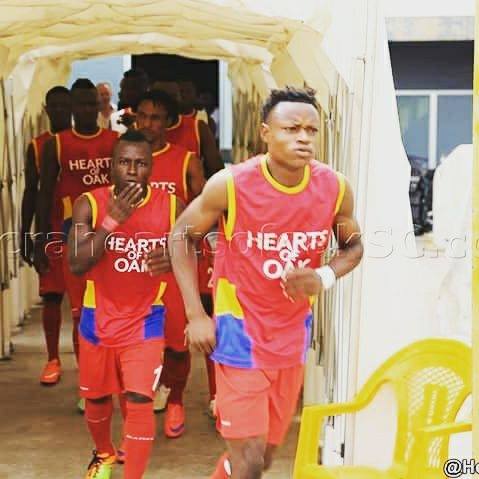 Aminu Alhassan has confirmed his departure from Hearts of Oak with a farewell message to the club.

The defensive midfielder, 25, was released by the Phobians in December with a few months left on his contract.

“On behalf of my entire family, I wish to thank Accra Hearts of Oak for the privilege honoured me to have been part of the team for approximately 4 and a half years.

“Though during my years with the club, major trophies eluded the team, I believe God Almighty has better things for the club. I sincerely appreciate every opportunity and love bestowed on me as a player by every member of the club.

“Accra Hearts of Oak has instilled a sense of strong mental strength and hope in me to become a better player, so I want to say thank you to the entire Oak family.

“May the good Lord be with all of us and I trust better things will unfold this season and beyond. Thank you and season’s greetings to all and sundry,” he wrote.

Alhassan reverted to Hearts after a loan spell at city rivals Great Olympics in the 2017/18 season but struggled to command a regular shirt.

The former Amidaus player made only two appearances for the Rainbow boys in the 2019/20 Ghana Premier League season which was cancelled due to COVID-19.