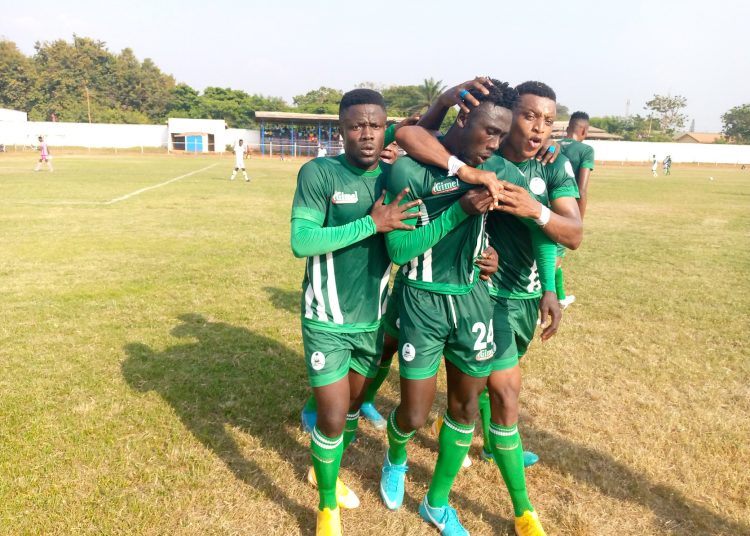 King Faisal and Dreams FC settled for a point each in a 2020/21 Ghana Premier League match-day seven battle of struggling sides at Ohene Ameyaw Park on New Year’s Day.

A dominant display from the hosts saw them they the lead in the 31st minute through Kwadwo Frimpong who whizzed past Dreams FC’s two central defenders before planting home with his left foot.

King Faisal had three clear chances after the opener but failed to bury them.

Dreams coach Karim Zito, whose starters were not living up to expectation quickly brought on Joseph Esso and skipper Michael Agbeekpornu early in the second half – a tactical move which saw the ‘Still Believe’ boys improve in attack.

And the equalizer arrived after a corner kick in the 70th minute. Wadudu Yakubu’s attempt to head the ball out for the second time saw him rather redirect a Victor Oduro goalbound strike from outside the box.

King Faisal goalkeeper Kaisan Yuisu was shown the red card right after the goal for what appeared to be like the youngster uttered some choice words to the referee.

Despite going a man down, King Faisal pushed forward and came close to taking the lead but Wadudu wasted a big opportunity after goalkeeper  Solomon Agbesi gave away possession.

Neither side could snatch the winner as the spoils were shared, leaving the two sides still separated by a point on the league log. Dreams are on six points and at 15th position while Faisal move to 5 points and 16th spot.