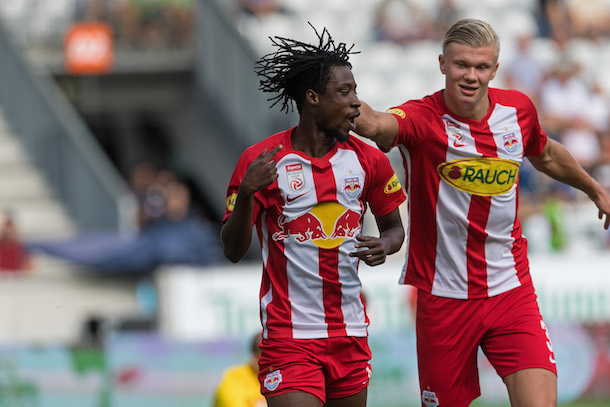 Red Bull Salzburg midfielder Majeed Ashimeru has revealed that former teammate Erling Haaland isn’t only a clinical striker but also described him as one who is non-racial and anti-segregation.

The two played together for the Austrian side in the 2019/2020 season where Haaland scored 16 goals in 14 appearances before making the jump to Borussia Dortmund.

With the game of football being plagued with racism at different levels, Ashimeru heaped praise on Halaand as one who always goes out of his way to socialize with Blacks and other minorities both in the football environment and off the field.

Outside the pitch he is a very nice person as well.

He loves blacks and was my sitting partner in the bus.

He is a really amazing guy,” he stated on Citi Tv’s athlete profile show The Tracker.