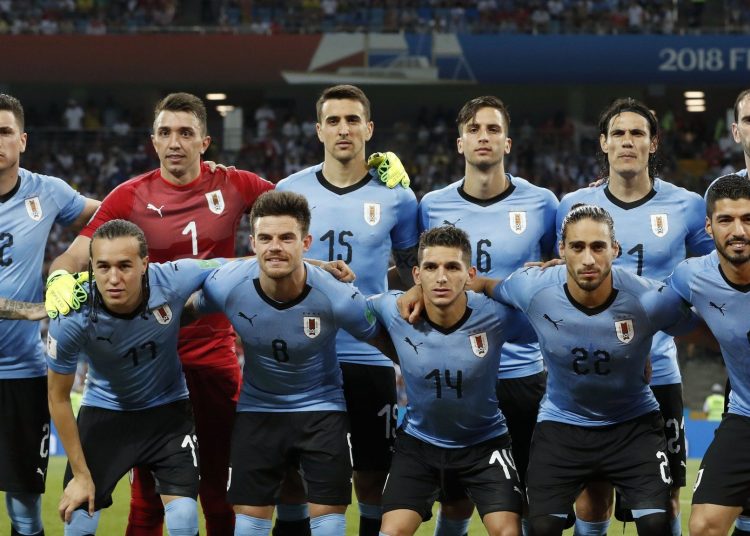 The Manchester United striker was fined £100,000 and banned for an Instagram post containing a Spanish word that is offensive in some contexts.

Luis Suarez and Diego Godin have both shared a statement by their national players’ union that calls the punishment a “discriminatory” act.

Godin, Uruguay’s captain, and striker Suarez shared on Twitter a letter of support for their international team-mate Cavani, written by the Uruguayan Football Players’ Association (AFU).

The letter, signed by professional and amateur players from the South American country, described the FA’s sanctioning of Cavani as an act “against the culture and way of life of the Uruguayan people”.

“Edinson Cavani has never committed any conduct that could be interpreted as racist,” said the AFU statement.

“He merely used a common expression in Latin America to affectionately address a loved one or close friend.

“The sanction shows the English Football Association’s biased, dogmatic and ethnocentric vision that only allows a subjective interpretation to be made from its particular and excluding conclusion, however flawed it may be.

“We request the FA to immediately overturn the sanction imposed on Edinson Cavani and reinstate his good name and honour in the world that has been so unfairly tarnished by this reprehensible decision.”

In a separate statement, the Uruguayan FA said: “We are convinced from our deep knowledge of the person and the analysis of the fact that he is not worthy of the [the punishment] nor the consequent moral damage.”

The Football Association said it charged Cavani  and subsequently punished him following a “full and thorough” investigation, which also “involved a language expert witness”.

The FA said the post was alleged to be “insulting and/or abusive and/or improper and/or brought the game into disrepute”.

It was also alleged “that the comment constitutes an aggravated breach” which “included reference, whether express or implied, to colour and/or race and/or ethnic origin”.

Cavani accepted the FA’s charge, with United saying the Uruguayan chose not to contest it “out of respect for, and solidarity with” the governing body and football’s fight against racism.

Along with the ban and fine, Cavani has also been told by the FA to complete a “face-to-face” education programme.

Cavani sent the message after scoring a winner at Southampton on 29 November.

The striker subsequently deleted the post and apologised when the meaning that could be attached was pointed out.

“It was intended as an affectionate greeting to a friend, thanking him for his congratulations after the game,” said the former Napoli and Paris St-Germain striker.

“The last thing I wanted to do was cause offence to anyone.

“I am completely opposed to racism and deleted the message as soon as it was explained that it can be interpreted differently.”