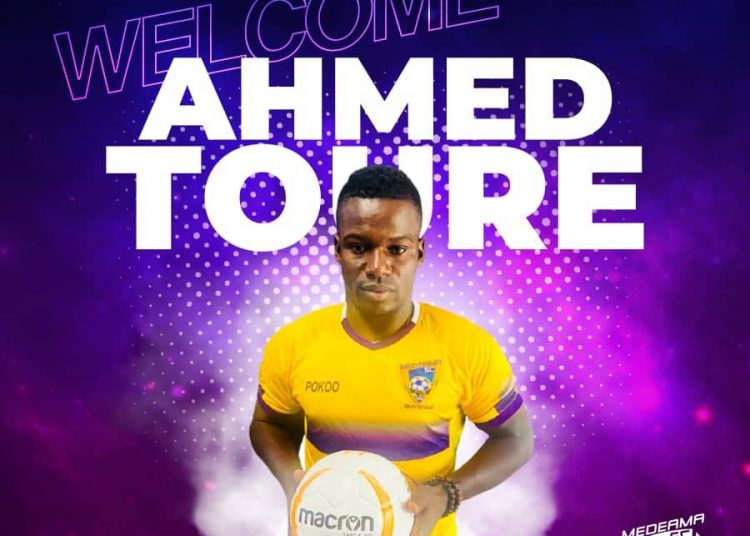 The deal was announced via the club’s twitter handle on Tuesday evening.

Toure, 33, arrived in Ghana on Sunday to conclude the deal.

The Burkinabr international was unattached after ending his short spell at Guinean top-flight league side AS Kaloum in December 2020.

📑 Say hello to our first signing of 2️⃣0️⃣2️⃣1️⃣ 👋

Medeama SC have decided to strengthen their attack with the prolific attacker following the uninspiring performance of the strikers in their fold for the ongoing Ghana Premier League season.

Before leaving for AS Kaloum, Toure had a stint with AS Vita in Congo after an explosive output at his boyhood club ASEC Mimosas.

Toure has also had stints with Lebanese club Al-Nejmeh, El Gouna in Egypt and Belgian side KSC Lokeren.