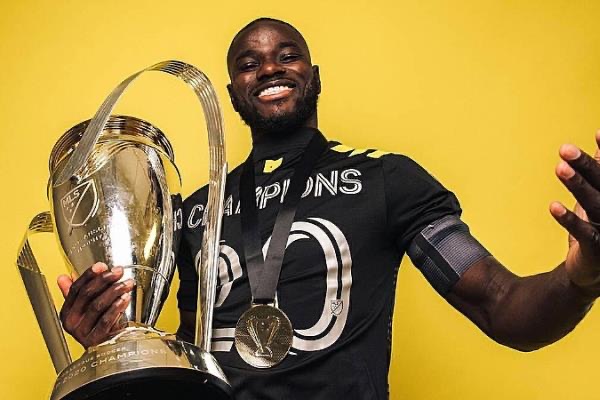 Columbus Crew captain, Jonathan Mensah, believes he deserved to have played more times for the senior national team, the Black Stars, in the last 4 years.

The defender has featured less than 15 times for the Black Stars during that period.

The 30 year old played over 50 games for The Black Stars during an injury-laden spell when he was playing in France.

Since moving to the MLS in 2017 however, the Columbus Crew captain has been largely overlooked for national team duties despite playing well over 100 games for the Crew.

The former Ashantigold man believes the misconception about the MLS is what has affected his national team appearances.

“Looking back at my career in France, one of the top leagues in the world, I was in a tough situation at that time with a couple of injuries,” Mensah told Citi TV’s Fentuo Tahiru in an interview.

“I played just about 50 games in my 4 or 5 years in France. But I still played lots of games with the national team, because wherever there was a call up I was always fit,” he said.

“I’ve played over 100 games during my time in the MLS and I haven’t received too many call ups. I really don’t know where talk of the league being weak is coming from. I don’t believe that narrative,” he added.

Mensah became the first African in MLS history to captain his side to the championship, when he led Columbus Crew to the 2020 MLS championship.