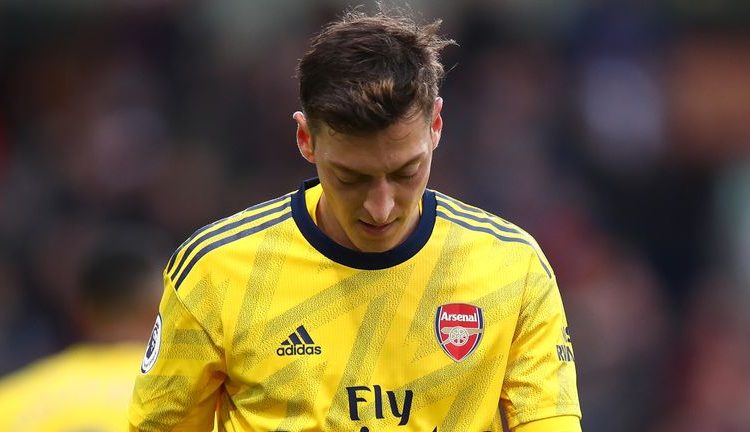 Arsenal Manager, Mikel Arteta says Mesut Ozil can leave the club in the January window if the deal is right for both parties.

Ozil’s representatives are in talks with a number of clubs, including Fenerbahce and DC United – although the player’s priority is to see out his Arsenal contract until the summer – and Arteta has also not ruled out that possibility.

The 32-year-old, not registered by the Gunners for the first half of the Premier League season and has yet to be included in a matchday squad in any competition this season despite being one of the club’s highest earners, is free to talk to clubs this month with his current Arsenal deal expiring at the end of the season.

Ozil’s agent, Dr Erkut Sogut, has told Sky Sports News “in the next seven to 10 days it will be a little clearer” around the player who earns around £350,000 per week and has previously said he wants to see out his contract at Arsenal.

Quizzed about Ozil ahead of Arsenal’s FA Cup third-round match against Newcastle on Saturday, Arteta said: “If something is sorted this month [in the January transfer window], it’s because it’s good for both parties.

“Good for Mesut and his future, and good for the club. If that’s the case, we will move forward. If that’s not the case, the player will continue here.”

Pressed further on the issue, Arteta added: “A lot of decisions have to be made on players all the time.

“To play them or not play them. We know that we have a very important player, a key player in the past few seasons for this football club.

“I had to make a decision [to drop him from the squad], and I made it. I knew the consequences of it. Now we are going to have to make another one in January.

“We must balance what is the best option for the team, the club and what the intentions of the player is, we must try and find a solution to that.”