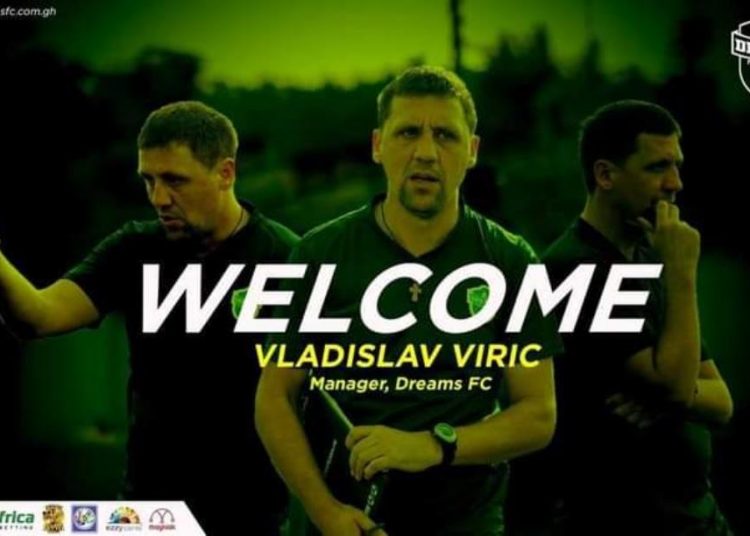 The club in the off-season signed a number of top players giving fans the morale that this could be the year they get their hands on the enviable Ghana Premier League title.

Unfortunately under Coach Winfred Dormon, the Dawu-based club has just flattered to deceive.

The team after seven matches into the season currently sits in the relegation zone with a record of one win, three draws, and three defeats as well.

Sensing that the team could be in a relegation battle for most parts of the season, Dreams FC has decided to bring in a new technical head.

The club has today appointed Serbian trainer Vladislav Viric as their new Head Coach for the remainder of the season.

It is, however, unclear if he will be in the dugout this weekend when Dreams FC take on Ebusua Dwarfs in the Ghana Premier League or wait for the matchday nine match.