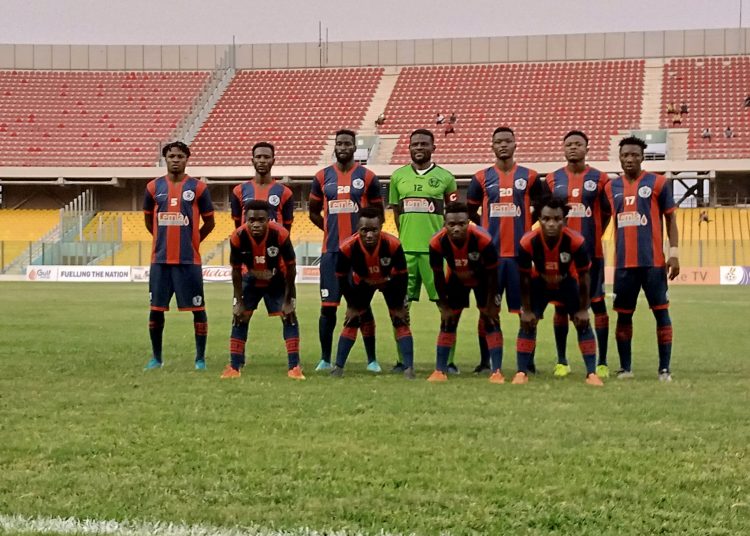 Legon Cities secured their first three points of the 2020/2021 Ghana Premier League season with a 1-0 win over WAFA at the Accra Sports Stadium on Friday night.

Joseph Adjei’s penalty was enough to see the game through for the home side.

The first-half ended in a stalemate as both sides failed to put the ball in the back of the net.

WAFA had the chance to take the lead in the early stages of the game from a free-kick but Legon Cities goalkeeper, Fatau Dauda managed to keep the ball out.

Matthew Anim Cudjoe was brought down in the box in the early minutes of the second-half and was awarded a penalty.

Joseph Adjei was up to the task and neatly converted the spot-kick to hand the home-side the advantage and eventually all 3-points as WAFA failed to find the equalizing goal.

Legon Cities still find themselves in the relegation zone in 17th place with 6-points from 8 games.