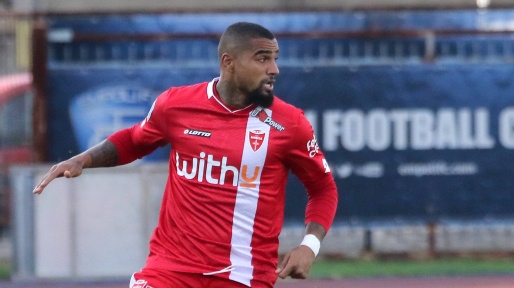 Monza forward Kevin-Prince Boateng has been named Serie B Player of the Month for December.

The 33-year-old contributed two goals and two assists as Monza recorded five wins and a draw after eight league matches in the month under review.

Boateng scored a quick-fire brace on December 15 when the White and Reds cruised past struggling Virtus Entella with a 5-0 victory at home.

Four days later, he assisted Davide Bettella in finding the back of the net as Monza fell to a 3-2 loss against Pescara. It was their second defeat in December after a 3-0 loss at Reggiana.

Boateng continued with another assist for Carlos Augusto as he helped the U-Power Stadium outfit bounce back to winning form with a 2-0 win over Ascoli on December 22.

Since joining Monza from Fiorentina in September, the former Barcelona and AC Milan forward has contributed four goals in 13 Serie B appearances and his return in front of goal has helped the White and Reds climb to fourth in the league table as they aim for promotion to the Italian top-flight.

Monza started 2021 with a goalless draw against Lecce on Monday with the 33-year-old playing 86 minutes of football before he was replaced.

With four points adrift of the summit, Boateng will be aiming to help Cristian Brocchi’s side boost their chances of promotion when they host Cosenza for their next league fixture on January 16.

Boateng moved a step lower to the second division in September to reunite with former AC Milan President Silvio Berlusconi who first brought him to Italy in 2010.

“How did Silvio Berlusconi convince me [to come to Monza]? He called me and said ‘my son, come home’. There was no need for many more words,” Boateng said.