Fabio Gama: ‘Ghana Premier League the most difficult league I’ve ever played in’ 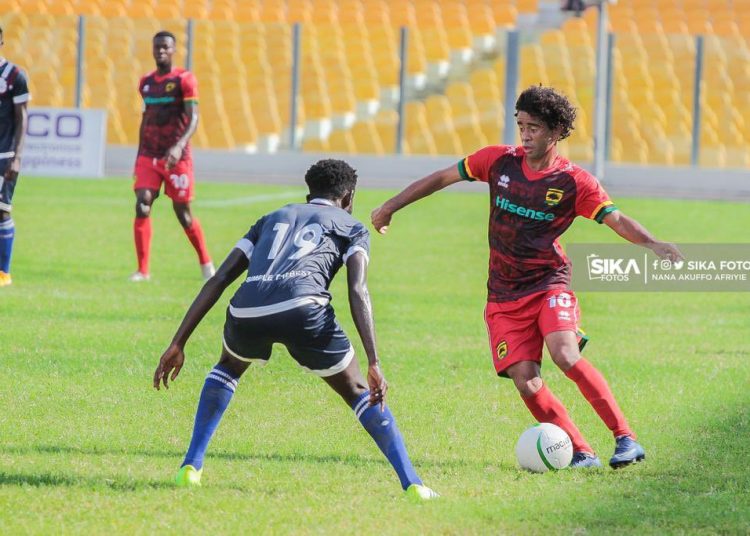 Asante Kotoko’s Brazilian midfielder, Fabio Gama, has described the Ghana Premier League as the most difficult league he’s ever played in.

The Brazilian put in a great performance in his first start for Kotoko in a 2-0 win against Liberty Professionals on Monday where he assisted one goal.

The 28 year old has played league football in both his native Brazil and Sweden but he reckons the Ghana Premier League is the most competitive he has been involved in.

“I’m so happy with my debut. I think I did good and I need to continue like this. I feel good,” Gama told journalists at the post-game press conference.

Asked if the GPL is the most difficult league he’s ever played, Gama said; “Yes, because the debut is always difficult. The GPL is difficult but I’m happy with my play today and I want to keep on.”

Gama joined Kotoko on a two-year contract in October last year ahead of the start of the new season.

WAFU U-17: Black Starlets crash out after defeat to Cote D'Ivoire