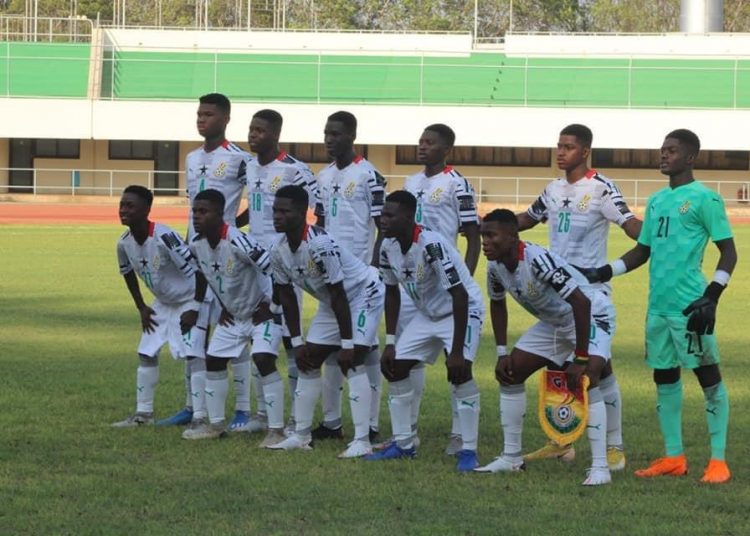 Ghana have bowed out of the 2020 Wafu-B Under-17 Cup of Nations currently underway in neighbouring Togo.

The Black Starlets fell to a 3-1 defeat at the hands of Cote d’Ivoire at Stade de Kégué in Lomé Tuesday afternoon, a result which ultimately kicked them out of the competition.

Coach Ben Fokuo’s boys had drawn 1-1 with Nigeria in their opening game in Group B which comprises of three teams.

They needed to avoid defeat against the Ivorians who were in pole position to qualify for the semifinals having pipped the Golden Eaglets 1-0.

It took Cote d’Ivoire 9 minutes to open the scoring through a well-taken strike by Abdramane Konate.

Ghana failed in their efforts to peg back and further went down just two minutes after recess as they allowed Charles Likpa Miezan to guide the ball in freely from close range.

Four minutes later, John Batigi halved the deficit for the Starlets. Moments later, the attacker went down in the Ivorian after a challenge hoping to be awarded a penalty but instead, Togolese referee Vicentia Enyonam Amedome decided to book him for simulation.

The referee went on to controversially award a penalty against Ghana with Cedric Franck Emmanuel Don stepping up to convert by sending goalkeeper Abdul Manaf Ibrahim the wrong way in the 68th minute.

The Ivorians cruised on to win 3-1 and top Group B with 6 points. Nigeria and Ghana tie on 1 point but the Golden Eaglets advance to the semis with a superior goal difference.

The finalists of the Wafu-B U-17 Championship will book qualification to the Under-17 Africa Cup of Nations (Afcon) to be staged in Morocco later this year.

Fabio Gama: ‘Ghana Premier League the most difficult league I’ve ever played in’