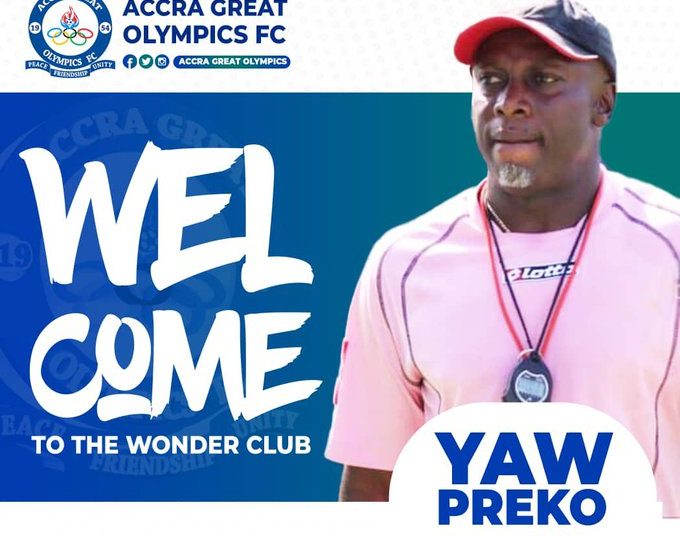 The former Ifeanyi Ubah trainer replaces Annor Walker who has been missing in the last two games for the Dade boys due to an illness.

The club made the announcement via their twitter handle on Tuesday.

The club is yet to release a statement on Annor Walker’s current situation.

The 46 year old Preko has previously managed Ghana’s U-20 team and Accra Hearts of Oak.

Olympics face Inter Allies in their next Ghana Premier League game on Friday at the Accra Sports Stadium.