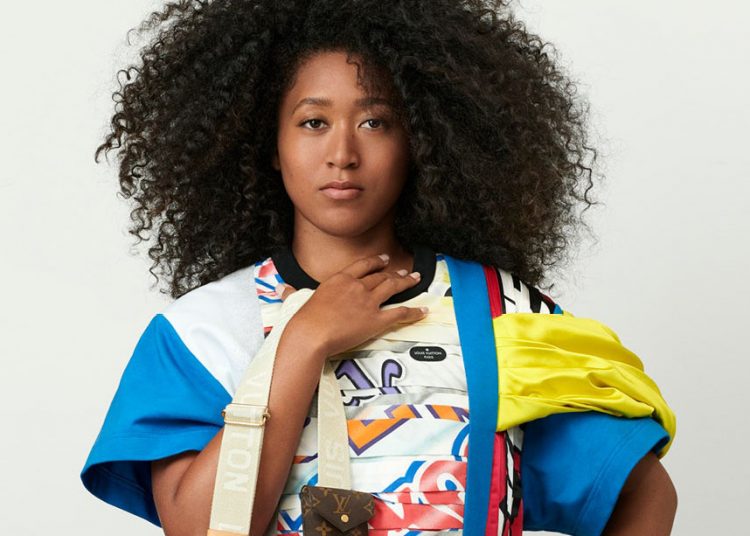 Naomi Osaka’s rapid ascent to success as a tennis champion has been, it’s safe to say, stratospheric. Only qualifying to enter her first Grand Slam tournament in 2016, within two years, the Japanese-American player had won both the U.S. Open and the Australian Open; in 2020, she became the highest-earning female athlete in the world.

Her trajectory as an up-and-coming style star has been thrilling to watch as well. Not only is there her willingness to push the boundaries with fashion off the court—just take her collaboration with the Japanese label ADEAM at New York Fashion Week last spring—but also her use of style to embrace and celebrate her heritage, paying tribute to her Haitian roots by wearing everything from kente head wraps to Kerby Jean-Raymond’s Pyer Moss. Finally, there is her keen instinct for fashion as a means of activism: As just one example, for her appearance at last year’s U.S. Open, where she won her third Grand Slam title, Osaka wore a series of protective face masks powerfully honoring Black victims of police brutality.

And today, Naomi Osaka is debuting her first campaign with a luxury fashion house: Louis Vuitton. For the brand’s spring 2021 campaign, shot by creative director Nicolas Ghesquière, Osaka wears a playful, kaleidoscopic minidress that feels perfectly in keeping with the tennis pro’s love for bold color and print. It also marks the beginning of Osaka’s new and ongoing role as an ambassador for the house, with further collaborative projects in the pipeline.

“Aside from tennis, my most treasured passion is fashion, and there is no brand more iconic than Louis Vuitton,” says Osaka. “It is such an honor to work with Nicolas—he’s a designer I admire so much and we share a mutual love of Japanese culture and style. To become a global brand ambassador is truly a dream come true for me.” Clearly, the feeling is mutual. In Ghesquière’s words: “Naomi is an exceptional woman who represents her generation and is also a role model for everyone. Her career and convictions are inspiring. I am in awe of Naomi, she stays true to herself and doesn’t compromise on her values.”

While Osaka’s taste for wearing agenda-setting labels has spanned the likes of Comme des Garçons and Sacai in the past, she first wore Louis Vuitton for her appearance on the cover of Vogue’s January issue, which debuted last month. Photographed by Annie Leibovitz against a backdrop of blue sky and swirling clouds, the tennis champion’s asymmetric Louis Vuitton slip dress served as a stunning reminder that her approach to style is just as fierce as her conduct on the court. With a new chapter as an ambassador for the storied French fashion house, it seems Osaka’s style journey is just getting started.