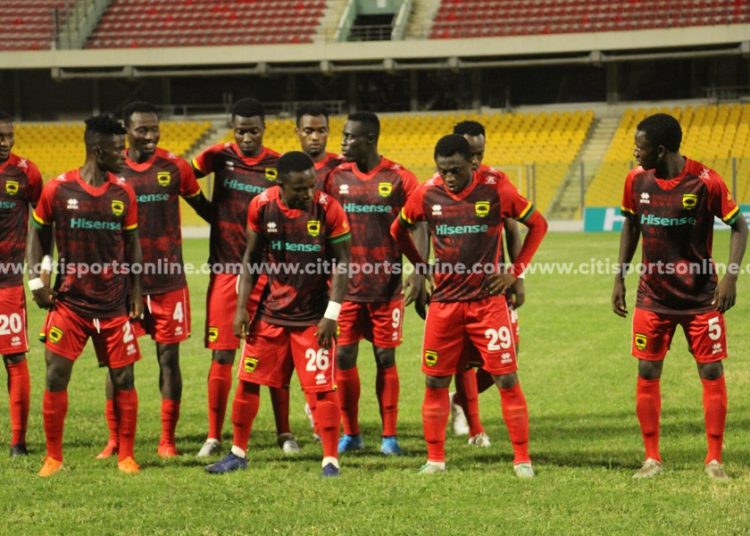 Last night’s match between Asante Kotoko and Liberty Professionals bookended another intriguing Gameweek in the GPL.

Gameweek 8 in the Ghana Premier League was filled with goals, cards and lots and lots of stats to dissect.

Here are some of the best.

– 19 goals were scored across the nine matches in Gameweek 8. This is the fourth highest goalscoring weekend this season, behind Week 2’s 20 goals, Week 1’s 25 goals and Week 7’s 30 goals

– Eleven Wonders were the highest scorers of the week, bagging three goals at home to Karela Utd.

– Only Inter Allies, Ebusua Dwarfs, Liberty and WAFA failed to find the net this weekend.

– Only five teams managed to score more than one goal in GW8 – Eleven Wonders, Medeama, Ashgold, Dreams and Kotoko.

– Legon Cities FC became the last team to get their first win of the season this weekend, beating WAFA 1-0 at home. King Faisal are the only other team to have won fewer than 2 matches this season.

– Inter Allies have lost five matches this season, the most defeats for any team this campaign. They failed to pick up a point yet again this weekend, this time away at Berekum Chelsea

– Seven teams picked up all three points in their matches this week. This tally is behind only Week 5, where there were eight wins across the nine matches.

– 20 yellow cards were brandished across the nine matches this weekend.

– Sharks’ match against Hearts coincidentally had the highest number of cards shown (7).

– There were six home wins in MW8, with only one away side – Ashanti Gold – heading back with all three points.

– This was the third Gameweek this season in which every home club scored. This was also the case in Gameweek 2 and Gameweek 7