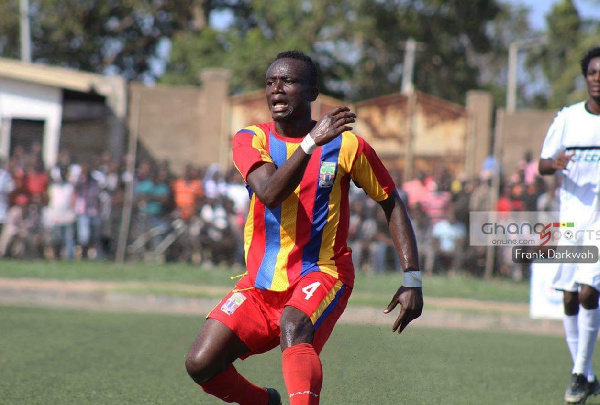 The midfielder got injured in a match for the Phobians during the NC Special competition and has since been left to his fate.

In a Facebook post,  friends of the crocked former Hearts star are contemplating soliciting for funds on social media to raise funds for the midfielder so he could seek medical care and make a return to the field.

The midfielder, however, blames former manager Kim Grant for his misfortunes.

“I have been sidelined for one year now. I suffered the injury on May 23rd 2019,” Kodie told Kumasi-based radio station Oyerepa FM in an interview.

“He [Kim Grant] was at the helm when I sustained the injury, I told him about my situation but he always pretended that he had informed the board of directors and management about my injury”

”When the Hearts of Oak board of directors decided to arrange for my surgery, Grant kicked against their decision”

“He told them not to cater for my surgery because my contract with the club had expired” he painfully said.

“I was asked to visit a doctor or an MRI scan last December under Frederick Moore. He gave me money for the scan.”

Before joining Hearts in 2016, the midfielder had previously played for Liberty Professionals.

Paul Pogba sounds out Liverpool warning ahead of Sunday's clash