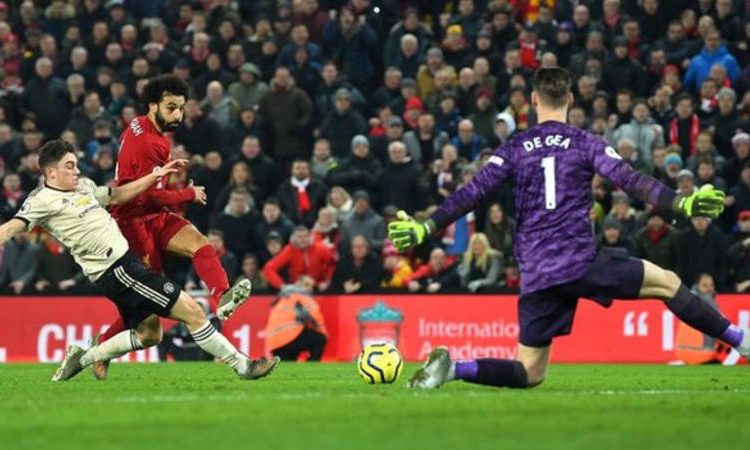 Paul Pogba urged new league-leaders Manchester United to “keep calm” for the “big moment” when his side face champions Liverpool on Sunday.

United are top of the Premier League table after the turn of the year for the first time since they last won the title in 2012-13 and could move six points clear with victory at Anfield.

“It will be a beautiful game for everyone,” Pogba told BBC Sport.

“It’s a big game coming up so let’s get ready for it.”

Pogba’s deflected volley gave Ole Gunnar Solskjaer’s side three points at Burnley to put them back on the summit and set up a huge game at the weekend.

“We knew if we won tonight we would be top of the league when we play Liverpool,” Pogba said.

“We have to keep calm, now it is the big moment. We will see what is going to happen.”

Manchester United are now unbeaten in 15 Premier League away fixtures, winning 12 of them, with their last defeat on the road coming at Anfield a year ago.

Goals from Virgil van Dijk and Mo Salah on that occasion left United 30 points behind Jurgen Klopp’s side – it’s been quite the turnaround in a year.

In fact it’s been quite a turnaround in a few months.

United were down in 15th place at the start of November when Arsenal won at Old Trafford. Since then, nine wins and two draws have pushed the former perennial winners back to the top.