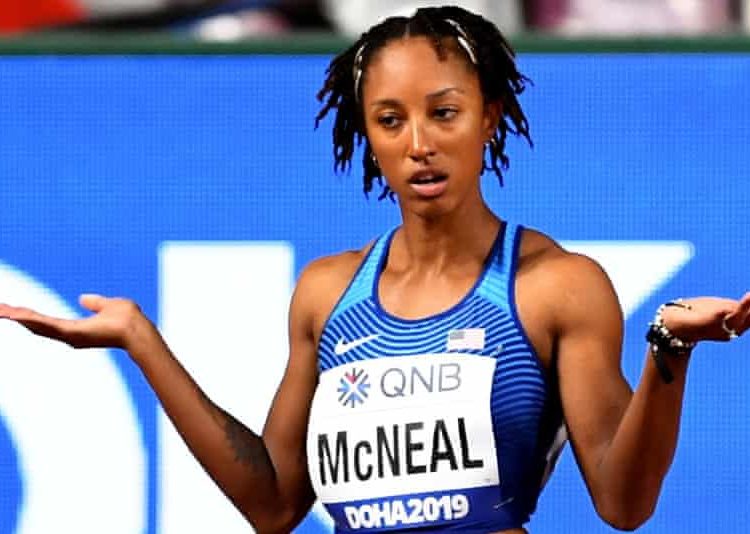 Olympic 100m hurdles champion Brianna McNeal has been provisionally suspended from athletics after being charged with breaching anti-doping rules.

The American is accused of “tampering within the results management process”, the Athletics Integrity Unit said.

She missed the 2017 World Championships while serving a one-year ban for missing three drug tests.

Tampering or attempted tampering with any part of doping control carries a ban of up to four years if proved.

As McNeal has served a ban in the past, if found guilty she could face a ban of up to eight years.

She was disqualified from the 100m hurdles at the 2019 worlds in Doha after a false start in qualification.