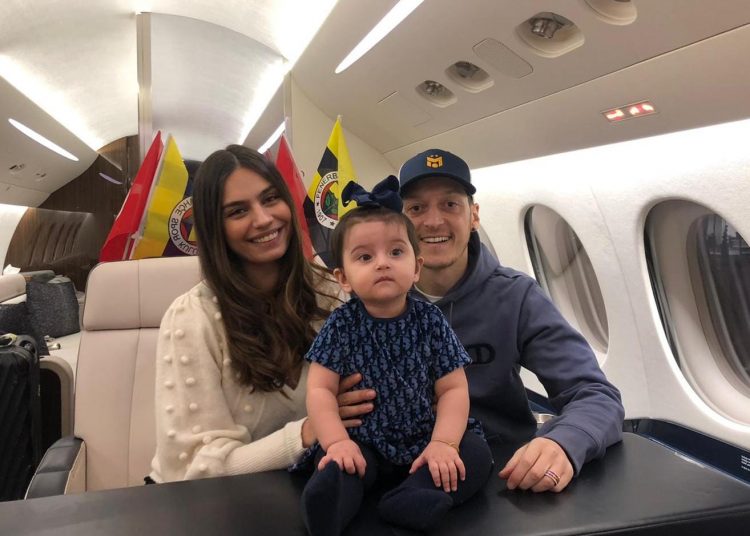 Mesut Ozil may have been on the fringes of Arsenal in the last two seasons but Gooners love him anyway as they send him goodbye messages ahead of the move to Turkish club, Fenerbahçe.

Bye Mesut Ozil. Thanks for the memories at Arsenal 〽️♥️⚽️⚽️ pic.twitter.com/9w5USdadJl

Much ❤️ Ozil, am Proud to say AM NO LONGER an Arsenal Fan…..! Am supporting the team that u will be playing for. pic.twitter.com/KeJNUFCciW

Thank you for the memories & good luck on your new adventure! pic.twitter.com/9bMHvZNu9Y

I’m sad to see him leave. Thank you @MesutOzil1088 for the memories. pic.twitter.com/VyAjiEvCSi

The 32-year-old’s move to Fenerbahçe is edging closer to completion after agreeing to terminate his reported £350,000-a-week contract at Arsenal.

The German international has reportedly sent out his goodbye messages to his Arsenal colleagues as he is expected to be confirmed as the latest signing of the Turkish giants.

Ozil, together his family has already arrived in Turkey, posting a picture of himself with his wife and child in a private jet en route to Fenerbahçe.

Ozil’s representatives were also in talks with MLS side DC United.

In a Twitter Q&A earlier this week, Ozil expressed his desire to play in Turkey and the US before he retires.

In response to another question, he wrote: “If I went to Turkey, I could only go to Fenerbahçe.

“I grew up as a Fenerbahçe fan as a kid in Germany – every German-Turkish person supports a Turkish team when they grow up in Germany.

“And mine was Fenerbahçe. Fenerbahçe is like Real Madrid in Spain. The biggest club in my country.”

Ozil, who arrived at Arsenal from Real Madrid in 2013, scored 44 goals and registered 77 assists in 254 appearances for the club.