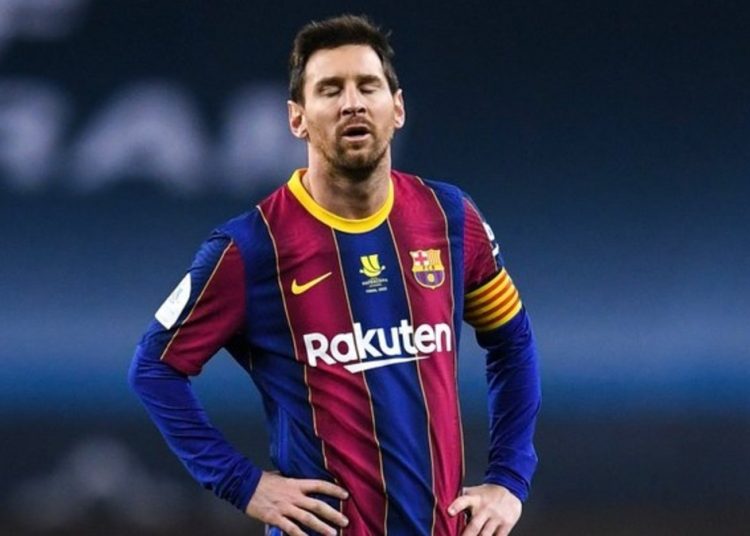 Barcelona captain Lionel Messi has been banned for two games after being sent off for the first time for his club during their Spanish Super Cup defeat.

Barcelona say they will appeal against the suspension, which was handed out by the Spanish Football Federation (RFEF).

The 33-year-old forward, in his 753rd appearance for Barca, appeared to swing at Athletic Bilbao’s Asier Villalibre in the final seconds of extra time.

The incident was spotted by the VAR and Messi was shown a red card.

Messi would have faced a sanction ranging from four to 12 matches had the RFEF’S disciplinary committee described the incident as ‘aggression’.

Instead it was reported as ‘violence during play’, which is punished with a two to three-game ban.

With Barcelona trailing 3-2 after leading twice, Messi lashed out at goal-scorer Villalibre off the ball in the 120th minute of Sunday’s match.

The referee missed the clash at the time before viewing it on the VAR screen and dismissing Messi.

In his report, the referee described Messi’s actions as “striking an opponent with his arm with excessive force while the ball was in play but not within a playable distance”.

Messi had been sent off only twice before, both for Argentina – on his international debut against Hungary in 2005 and in the 2019 Copa America third-place play-off against Chile.