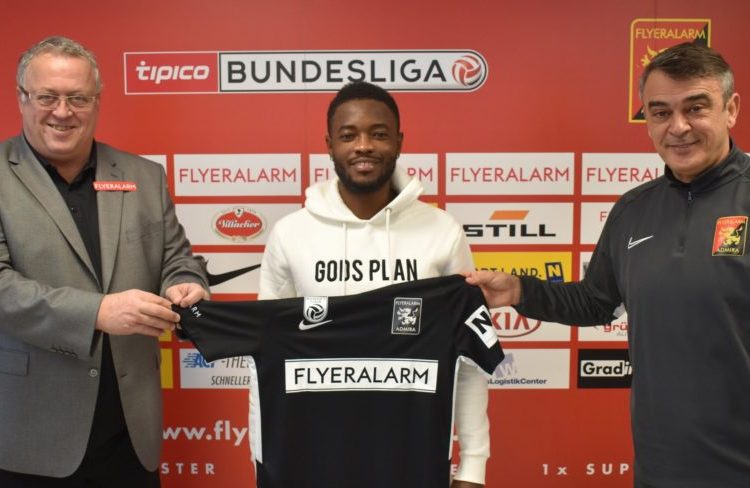 Ghanaian midfielder, David Atanga has joined Austrian top-tier side FC Flyeralarm Admira on loan until the end of the season.

“David Atanga was and is our dream player. As a club, we have done everything we can to get David from Holstein Kiel. We would like to thank the people in charge at Holstein Kiel who made this loan possible and who met us,” said Franz Wohlfahrt, Managing Director Sport.

Atanga played under Admira manager Damir Buric during their time together at SpVgg Greuther Fürth, and has also featured for Austrian giants RB Salzburg as well as SV Mattersburg and SKN St. Pölten.

The 24-year-old played a total of 34 Bundesliga 2 games and scored eight goals and four assists.

“I am pleased that those responsible managed to get David to come to us. He’s a profile player that we haven’t had in our ranks before. His commitment opens up new opportunities and makes us more flexible,” coach Buric explained.