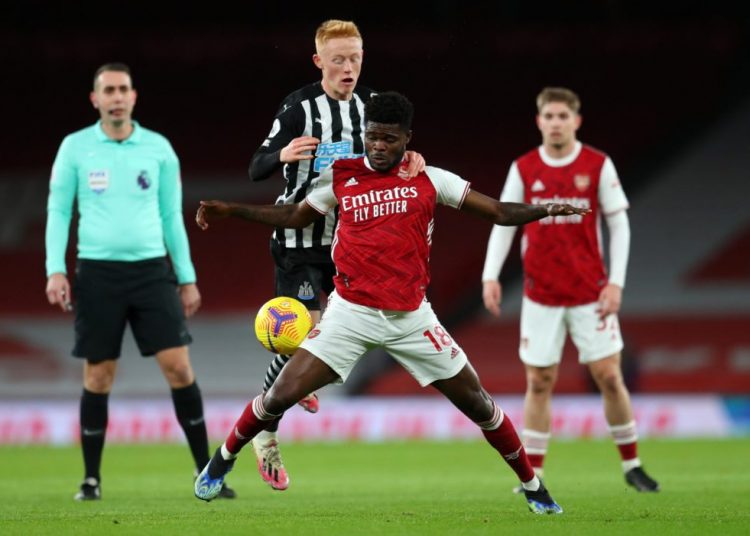 Ghana midfielder, Thomas Partey, capped off his start for Arsenal in the Premier League in three months with a fabulous assist for Pierre Emerick Aubameyang to set the gunners on their way to a 3-0 win over Newcastle United on Monday night.

Partey, who had been nursing an injury since October, was handed a start in midfield against the Newcastle and he did not disappoint.

Following a goalless first half, Partey set things rolling when he picked a pass from the center circle, changed direction and picked out Aubameyang with a diagonal and the Gabonese international finished off brilliantly with his left foot.

Bukayo Saka scored the second goal before Aubameyang wrapped up the win with his second of the afternoon and Arsenal’s 3rd.

Watch highlights of the game below:

The Hearts of Oak Resurgence: An analysis of the Kosta Papic's impact