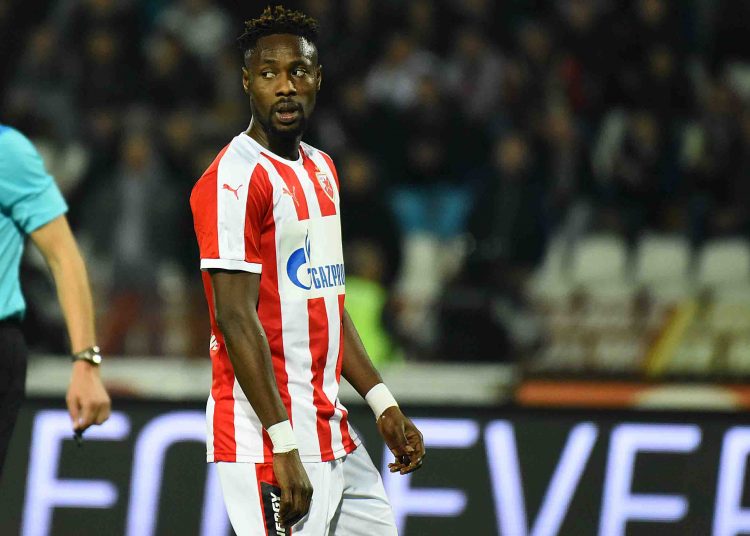 Former Red Star Belgrade striker Richmond Boakye-Yiadom has disclosed that his move to the Serbian club was revealed to him through his pastor.

Boakye-Yiadom joined Red-Star in 2017 but went on loan to Jiangsu Suning in 2018 where he spent a spell, before returning to his parent club.

According to the 27-year old, the decision to move to Serbia was based on instructions from his pastor as he had never heard of the club prior to the transfer.

“I had the opportunity to move to different clubs, at that time, there were rumors about me moving to Villareal, Verona and Fiorentina.

“I was called by my Prophet one morning and he told me there were two clubs coming, don’t go for the yellow shirt, go for the red and white one.” He said.

“This happened four months before the move, so when my agent told me there was a team from Serbia, I was surprised because I had never heard of Red-Star Belgrade.

“After my agent told me they had a red and white jersey, I remembered what my pastor had told me, so I called him and he told me to go to Serbia.” He concluded.

Boakye-Yiadom went on to make 63 appearances for the club, scoring 43 goals in the process.