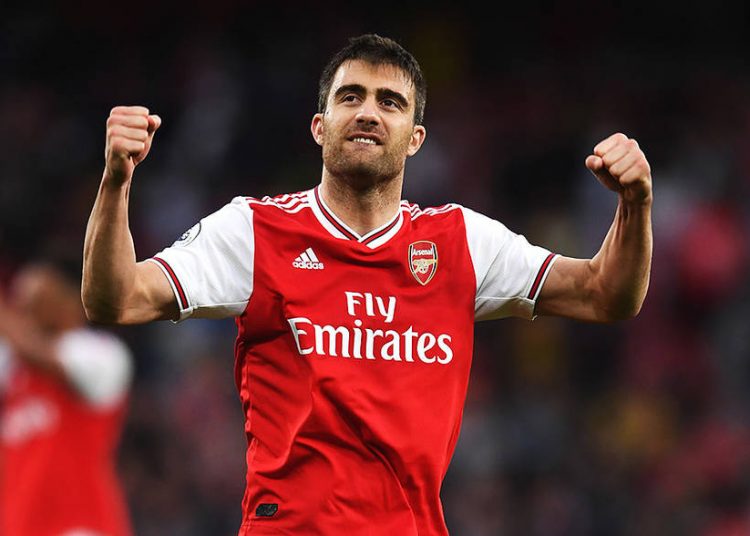 The 32-year-old’s deal was set to expire at the end of the season but he is now a free agent. Sky in Italy has reported that La Liga clubs Real Betis and Sevilla, as well as Serie A side Genoa, are keen to sign the Greek international.

Sokratis is yet to decide on his next move, with a decision possible over the next few days.

Arsenal technical director Edu said: “On behalf of Mikel, our coaches, players and everyone at the club, I would like to thank ‘Papa’ for his contribution to the club.

“He has been an important part of our group and has been a model professional throughout. The negotiations to end his contract have been collaborative and we wish Papa and his family well for the future.”

He joined Arsenal from Borussia Dortmund in July 2018 and went on to make 69 appearances for the club.

However, along with Mesut Ozil, Gunners boss Mikel Arteta chose not to include Sokratis in his plans this season and left the pair out of Arsenal’s Premier League and Europa League squads.

Ozil’s representatives are also negotiating an early termination of his contract with the Gunners, while the midfielder is in Turkey ahead of an expected move to Fenerbahce.