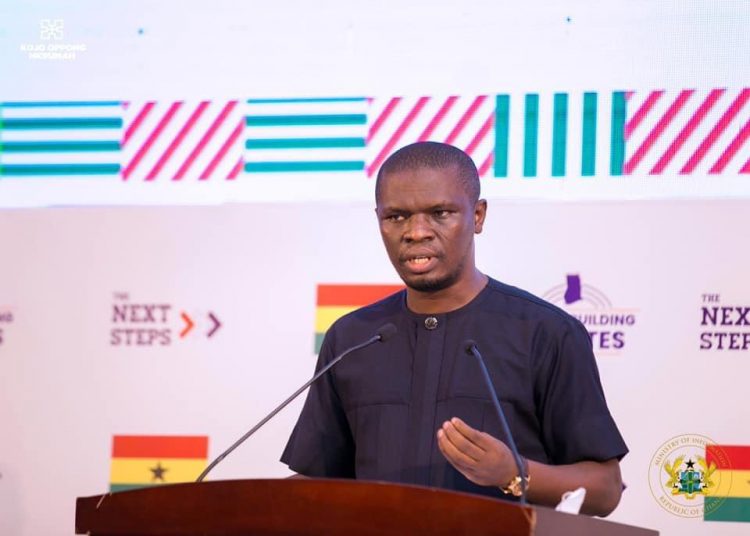 President Akufo-Addo has appointed Member of Parliament for Yagaba-Kubori, Mustapha Ussif as the new Youth and Sports Minister designate.

If approved, he will replace Isaac Asiamah.

The presidency released the full list of ministerial appointments for the next government in a statement on Thursday, January 21, 2021, which has been submitted to Parliament for vetting and approval.

The Yagaba-Kubori MP currently serves as the Executive Director for the National Service Scheme, an organization he has headed since 2017.

Ahead of the December 7, 2020 polls, President Akufo-Addo promised a number of things, some of which included Zongo Youth Football Talent Hunt (ZYFTAH) programme and a rehabilitation of all other national sports stadia.

Below is what the NPP promised:

In the next four years, the Government will create opportunities for many more citizens to participate
in sports for recreation and laurels, to enhance the image of Ghana at international sports, and
as a viable commercial and job creation opportunity for Ghanaians, especially the youth. In this
direction, we will: