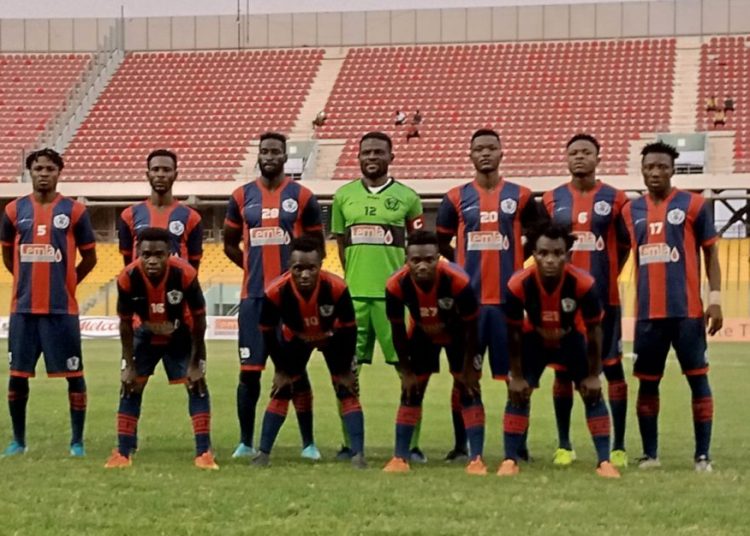 Legon Cities recorded their second win of the 2020/2021 Ghana Premier League season with a thumping 5-2 victory over AshantiGold on Friday night at the Accra Sports Stadium.

AshantiGold took the lead twice in the first half-but the Royals were able to restore parity before recess.

The miners in the 7th minute went ahead through Yaw Annor but Nasiru Moro equalized for Legon Cities in the 11th minute.

AshGold once again took the lead through Yaw Annor in the 32nd minute.

It seemed the first-half was going to end in the visitors favour, however, Jonah Attuquaye had other plans as he put the hosts back on level terms.

Baba Mahama put Legon Cities in the lead for the first time in the game just four minutes after the break before David Cudjoe extended their lead with two goals in the 55th and 62nd minute.

The visitors had the opportunity to reduce the deficit after a penalty was awarded to them but Annor failed to find the back of the net as goalkeeper Dauda saved it.

Legon Cities ended the game with 10 men after Nicholas Mensah was sent off in the 90th minute.

The win lifts the Royals out of the relegation zone into 15th position, while AshantiGold remain in second position.