Why is Ronaldo more valuable than the richest man in the world Elon Musk? 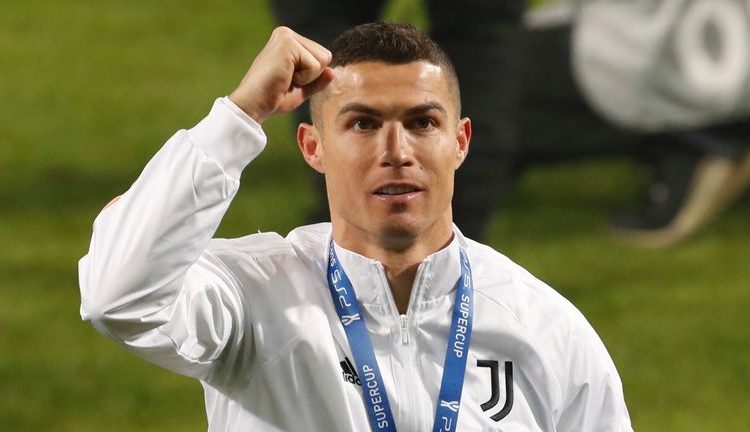 0
SHARES
49
VIEWS
Share on FacebookShare on TwitterShare via Whatsapp

Growing up I had the privilege of accompanying my dad to his company’s annual year end parties. Apart from the food and the drinks that made me look up to this event every year, I also enjoyed the speeches of the Managing Director (MD). “The company wouldn’t have been here without the support of our staff, our employees are our greatest asset”. This sentence featured in the MD’s speech year on year.

When I transitioned from being an economics, geography and maths student in secondary school to study Accounting at the tertiary, I became confused when my financial accounting lecturer told us employees are not assets. I tried to fathom why the MD at that time referred to his employees as assets when this wasn’t the case in accounting. Things became clearer as the years passed by.

Often we hear the phrase human capital or employees are our greatest asset etc. but yet the balance sheet or the statement of financial position which shows the assets of businesses prohibit this greatest asset been included in the list of assets.

Having been involved in the raising of funds for various entities, one of the key requirements from financiers,  be it equity or debt, is the profile of the key management staff. It is not only financiers who have a particular interest in the pool of talents assembled by a particular entity, other stakeholders including potential employees make significant decisions base on the quality of employees of an entity at any given time.

Personally I have made decisions whether to join or leave companies based on the quality of the staff pool. For example a company with a non-qualified accountant as its head of finance will be seen as a joke by most investors and, potential and current employees. The economic benefits derived from disclosing the value of your staff cannot be over emphasized and yet the financial statements which is supposed to assist various stakeholders make economic and business decisions prohibit recognising the value of employees on it.

Why has accounting refused to recognise this greatest asset, in the form of human capital,  when estimating the worth of a business at a given time? In answering this question Human Resource Accounting have been baffled by two issues. Firstly, can human resource be satisfactorily defined and recognised as an accounting asset and, secondly can there be a satisfactory valuation methodology to estimate the human capital.

The conceptual framework for financial reporting defines an asset as “a resource controlled by the entity as a result of past events and from which future economic benefits are expected to flow to the entity”. In my opinion an employee satisfies this definition of an asset in broad terms. It is the services such as operating machines, sales, marketing etc. provided by these employees which results in economic benefits such as revenue generation. Past events such as advertising, recruiting, training etc enable the company to attract and retain these employees.

For the accounting standard setters deriving economic benefit alone from the resource is not enough. The entity should be capable of controlling the resource. They believe the employee can walk out of the organisation at any point in time. As the lawyers often put it, the employer-employee relation is not that of servitude or one of life employment”.

Per the accounting definition of assets, control plays a critical role. There have been situations where two similar transactions have been treated differently due to “control”. In one of my previous companies, two roads were constructed by the company. Both were to be used for hauling ore to the port however, one of the roads was within the mine and was for the exclusive use of the company’s haulage trucks, while the other was outside the mine. With respect to the latter road, although it was to be used significantly by the mining company’s haulage trucks, the public  also had access to it.

Management  at the time mistakenly thought that due to the huge cost incurred in constructing these roads and their capital nature it ought to be capitalised. This was because the internal road, access to which could be restricted by the mining company,  satisfied the definition of an asset. The external road, which could be accessed by the public, didn’t satisfy the definition and therefore needed to be expensed. This particular scenario shows a clear case of where control determines whether to classify a transaction as an asset or not.

Lionel Messi and Cristiano Ronaldo – these guys are great assets to their clubs. Football is not just an intriguing sport. When it comes to accounting in football we are also presented with something interesting. Despite accounting standards prohibiting the recognition of employees as assets, surprisingly football clubs are allowed to recognise their players who are employees of the club as assets because of the registration rights which give clubs control over these players. The registration rights which includes the transfer fee, intermediation fee and other related costs are recognised as intangible assets on the clubs’ balance sheets and amortise on straight line basis over the term of every player’s contract.

Footballers are recruited the same way as employees and they all contribute in generating revenue for their respective employers. As footballers have contracts, so do employees, and footballers can submit transfer requests which is similar to employees submitting their resignation letters. Is it therefore not ironic that one is seen as an asset of a business and the other is not?

The argument is footballers can only leave their employment when they are permitted to do so by their employer.  Empirical evidence suggests however, that in the long term clubs are unable to prevent players from leaving the club once they submit a transfer request.

As an ardent football fun, I remember the Carlos Tevez – Manchester City saga. When Tevez handed in his transfer request, it was immediately rejected by Man City. Tevez returned to the side later that month, but his relationship with the club never truly recovered. He refused to come on as a substitute in a champions league fixture and by summer 2013 he had departed for Juventus. This implies that the purchase of the player’s registration rights gives the employer some sort of control over the player but not complete control.

The introduction of IFRS 16 makes the reasons why accountants have kept employee value off the balance sheet even more untenable. IFRS 16 requires that equipment that are leased for more than 12 months without significant substitution are capitalised. Research has shown that averagely employee stays with one employer between 4 to 6 years. If borrowed equipment are allow to be capitalise why can’t we capitalise employees who are subject to the direction, supervision and control of the employer for averagely 4 to 6 years?

Various classes of assets come with its risk and uncertainties but that should not affect the acceptance of the rights given to the existence of an asset. Though a stadium and the football player may be listed as assets on the same balance sheet, the stadium cannot withhold its services under a contract in a way that a player can.

Similarly the CEO of the club and the player should be on the same balance sheet and whereas the player will need the approval of the club to move on, the CEO just needs to serve his notice period when he wants to leave. This points to the fact that though different types of asset behave differently, this does not in any way negate the fact that an employer has some control over each asset.

The recognition of employees as assets of the business will encourage companies to attract and retain the best talents. Entities will also invest in training and development to improve the value of their staff. In Africa where most jobs are obtained through politics and cronyism thereby rendering the best talents not achieving their full potential, putting value on employees will deter companies from recruiting employees mainly due to political affiliation or whom you know.

As IAS 41 provides guidance for initial recognition, measurement and disclosure of biological assets, I think it is about time a standard is developed to help account for employees like Elon Musk on their employer’s balance sheet.