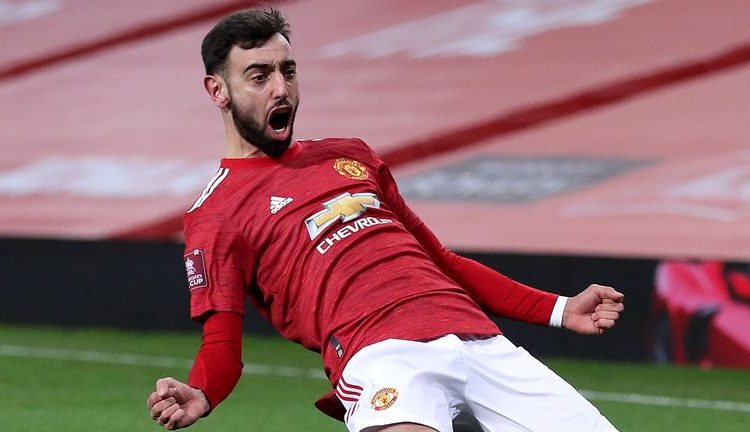 Liverpool led a fantastic contest through Mohamed Salah, who then equalised after Mason Greenwood and Marcus Rashford had struck for the hosts either side of the break.

But in a game which had everything last week’s drab stalemate between this pair at Anfield lacked, Fernandes came off the bench to have the final word after Fabinho had fouled Edinson Cavani on the edge of the area.

Fernandes might have been slightly off the pace in recent games but when Ole Gunnar Solskjaer needed his £47m inspiration to come up with another special moment, the Portuguese delivered, bending his shot round the wall and beyond Allison’s reach.

The victory earns United a home meeting with an in-form West Ham side managed by former boss David Moyes in the fifth round.

But the search for form goes on for Liverpool, whose only win in seven games since that seven-goal hammering of Crystal Palace came against Aston Villa’s kids in the last round, and who have a meeting with Jose Mourinho’s Tottenham looming on Thursday.