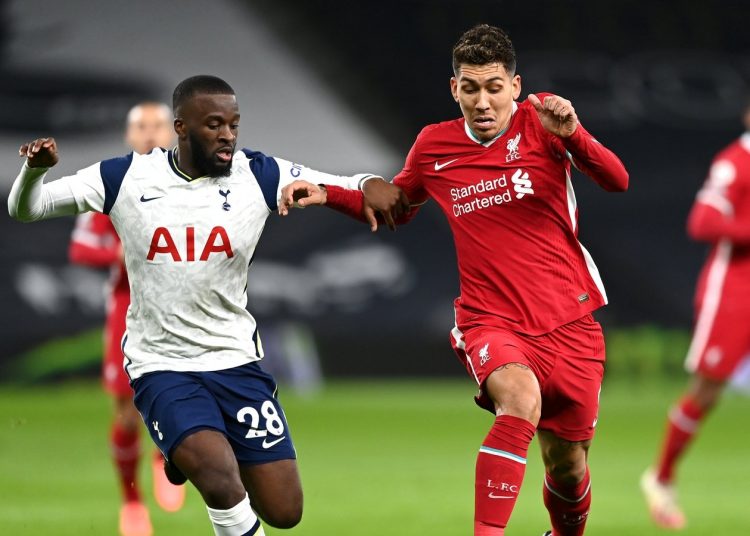 Liverpool reignited their title defence by ending a five-match winless run in the Premier League with a dominant win at Tottenham.

Roberto Firmino tapped the Reds ahead on the stroke of half-time when Hugo Lloris and Eric Dier hesitated in dealing with Sadio Mane’s low cross.

Trent Alexander-Arnold drilled in the second before Pierre-Emile Hojbjerg’s stunner gave Spurs a glimmer of hope.

But Mane lashed the ball home to seal the win and move Liverpool into fourth.

Spurs, who stay sixth after trailing Liverpool by a point going into the game, saw their miserable evening compounded by striker Harry Kane suffering an ankle injury.

The England captain, who has a history of ankle problems, was withdrawn at half-time as a result of the problem.