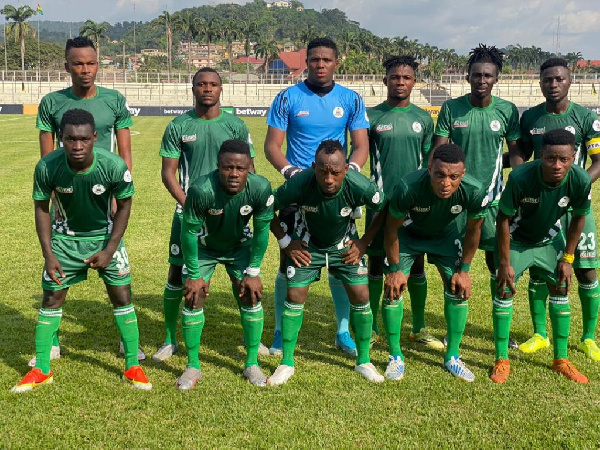 Kwame Peprah scored a hat-trick as King Faisal came from behind to secure a 4-3 victory over Berekum Chelsea on Matchday 11 of the Ghana Premier League at the Ohene Ameyaw Park in Techiman on Saturday.

Chelsea raced to a 3-0 lead in the first half and appeared to be comfortably cruising to victory before King Faisal staged one of the greatest comebacks in the Ghana Premier League with 3 second half goals of their own to turn the tie around.

Paul Attah Adjei opened the scoring for Berekum Chelsea in the ninth minute before Stephen Amankonaa doubled the visitors’ lead in the 13th minute.

Adjei scored his second goal of the game with a beautiful strike as Berekum Chelsea went 3-0 up inside 18 minutes.

King Faisal were awarded a penalty in the 38th minute after the ball hit the hand of a Berekum Chelsea player.

Kwame Peprah made no mistake as he scored from the spot to reduce the deficit for the home side.

Berekum Chelsea went into the break with a commanding 3-1 lead.

In the 56th minute, Frimpong Boateng scored with a lovely strike from 40 yards to get the second goal for King Faisal as they pushed for the equalizer.

Kwame Peprah’s second goal of the game put the hosts on level terms in the 78th minute.

Peprah found the back of the net in the 88th minute to complete his hat-trick and also hand all three points to King Faisal.