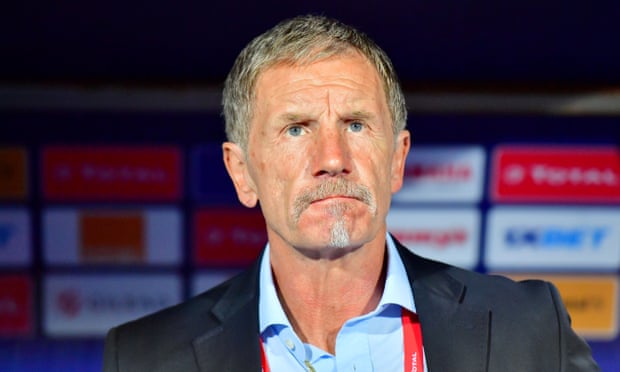 The former England Under-19s coach Stuart Baxter has been sacked by the Indian Super League club Odisha after using an offensive analogy about rape over a refereeing decision.

Baxter, a British former player and well-travelled coach whose previous job was with South Africa’s national team, made his remarks after Monday’s defeat by Jamshedpur.

Odisha said on Monday they were “appalled” by the comments, describing them as “completely unacceptable”, and on Tuesday announced they had sacked Baxter.

“Odisha FC has decided to terminate head coach Stuart Baxter’s contract with immediate effect,” a tweet said. “The interim coach for the remainder of the season will be announced soon.”

A tweet from the club on Monday had said: “It is completely unacceptable whatever the context and does not reflect the values of the club. We, at Odisha FC, unreservedly apologize and the club management will handle this matter internally.”

Baxter was hired by Odisha last June. After a much-travelled playing career including stints at Preston and Stockport County alongside time in Australia, Sweden and the US, he coached AIK to the Swedish league title in 1998 and Kaizer Chiefs to two titles in South Africa in 2013 and 2015. His time with the Chiefs was preceded by spells coaching the Finland and South Africa national teams, as well as two years with England Under-19s.