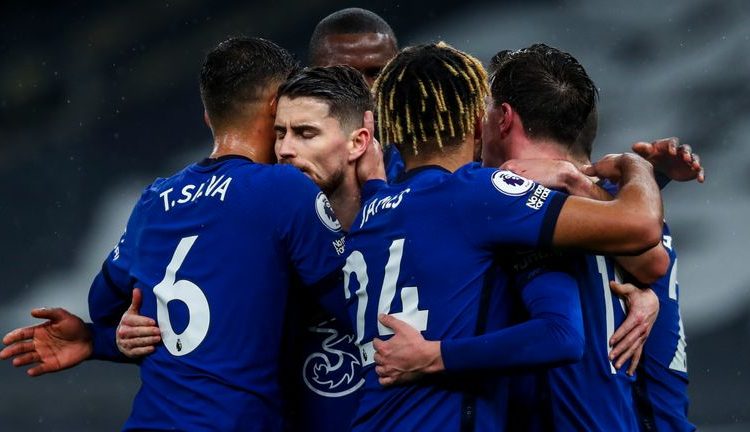 Tottenham suffered their third consecutive Premier League defeat as they lost at home to Chelsea, who moved up to sixth in the table.

Jorginho’s penalty, after Eric Dier had fouled Timo Werner, gave Chelsea a deserved lead in the first half.

Werner, who headed wide in the opening minute, was denied a goal by an excellent block from Serge Aurier.

Tottenham’s Erik Lamela had a chance to equalise but his shot was pushed wide by Chelsea goalkeeper Edouard Mendy.

Spurs’ Carlos Vinicius also headed wide late on as the hosts were beaten for the third time in eight days, after losing 3-1 at home to Liverpool on 28 January and then 1-0 at Brighton on Sunday.

It was also the first time Tottenham boss Jose Mourinho had lost back-to-back home games in his managerial career.