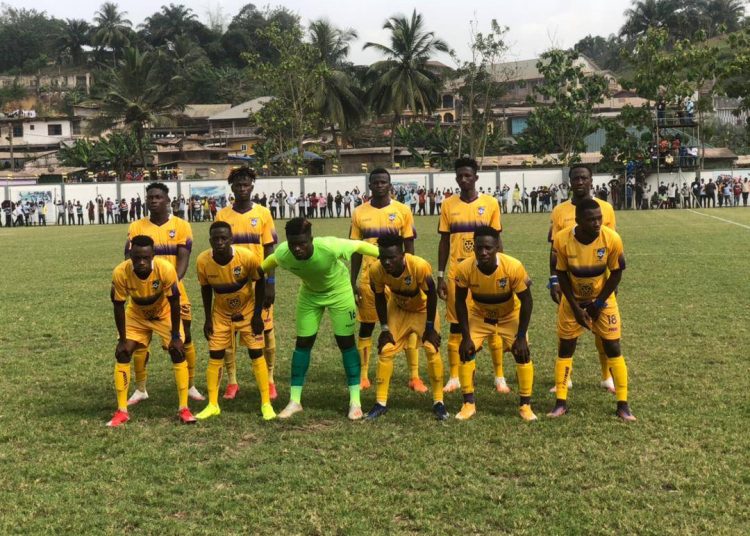 Medeama Sporting club have been ordered by the Ghana Football Association to play the rest of their Ghana Premier League home matches behind closed doors after they breached COVID-19 protocols in their 1-0 win over Hearts of Oak in Match Week 12.

After the game at the Akoon Park in Tarkwa, a statement from the association stated that the club will appear before the GFA Disciplinary Committee at its next sitting.

Until the Disciplinary Committee determines their case, Medeama are required to play all their home matches behind closed doors.

Below are the immediate actions taken by the GFA after Medeama’s breach of the Covid 19 protocols:

1. The GFA condemns, without any reservations, the violations of the GFA Matchday Protocols – Lack of Social Distancing, Number of Spectators etc – that took place at the Akoon Park, Tarkwa.

3. That until the case is fully determined, Medeama SC shall play their Home matches behind Closed Doors at the Akoon Park, Tarkwa.

5. That further actions may be taken should there be any further violations of the GFA Matchday Protocols.

6. That all other clubs are to take note and comply strictly with the GFA Matchday Protocols.

Medeama becomes the second club to be handed a stadium ban after Accra Hearts of Oak for similar reasons.