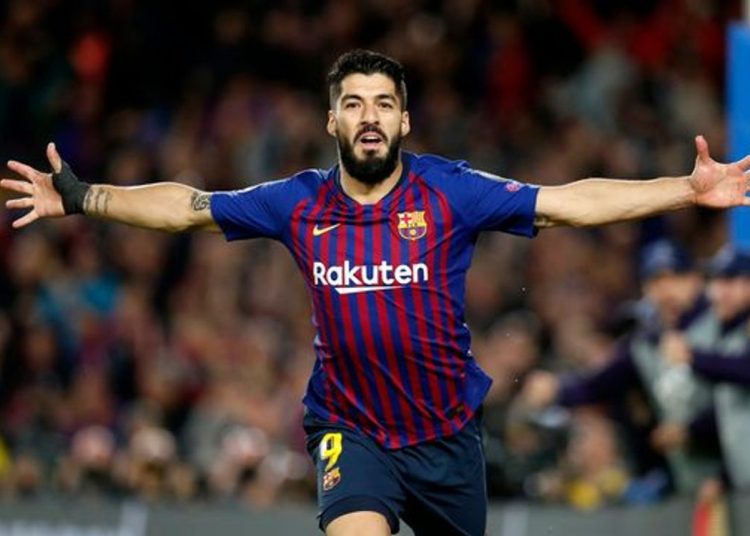 Luis Suarez says he was determined to leave Barcelona with his “head held high” last summer after being “disrespected” by the club ahead of his move to Atletico Madrid.

The Uruguay striker left the Nou Camp in acrimonious circumstances in September as Barcelona’s second-highest goal-scorer of all time, having scored 198 goals since signing from Liverpool in 2014.

Suarez, 34, had one more year to run on the contract he signed with Barca in 2016, but was told by new head coach Ronald Koeman that he was not part of his plans and has since scored 14 goals for Atleti after moving to the Spanish capital for £5.5m, with Diego Simeone’s side 10 points clear at the top of La Liga.

The former Liverpool forward says he rejected the chance to sit out Barca’s pre-season while his move was finalised and did not speak to now-former president Josep Maria Bartomeu over his exit.

“It was tough because of the way I was disrespected, but I wanted my children to see me leave the club with my head held high,” Suarez told Onda Cero. “When the time came to tell my children about the move, it was very difficult. They’re older now and sensed there was going to be a change.

“There were some very tough moments surrounding my departure from Barcelona. There were rumours that were eventually confirmed and that’s what hurt me the most.”

He added: “Koeman called me and told me I wasn’t in his plans. I accepted the decision, but I told him I had a contract and the club would have to sort it out. I was given the option not to show up for pre-season, but I said that I was still under contract and that I was going to show up.

“Nobody explained it to me properly. I didn’t get to speak to Bartomeu. My lawyer took care of that.

“Seeing how Barcelona are doing does reassure me in some way. I could’ve stayed put and been paid, but I still believed in my ability. I knew that if I stayed I’d be slated the moment there was a hint of bad form. I needed a change for my pride.

“The first thing I said in terms of negotiations with Atletico was that I didn’t want to do anything until I had left Barcelona. There was a lot of talk about Juventus, but plenty of clubs were interested. I kept moving forward with my Italian passport because it was something I’d been doing for a year.”