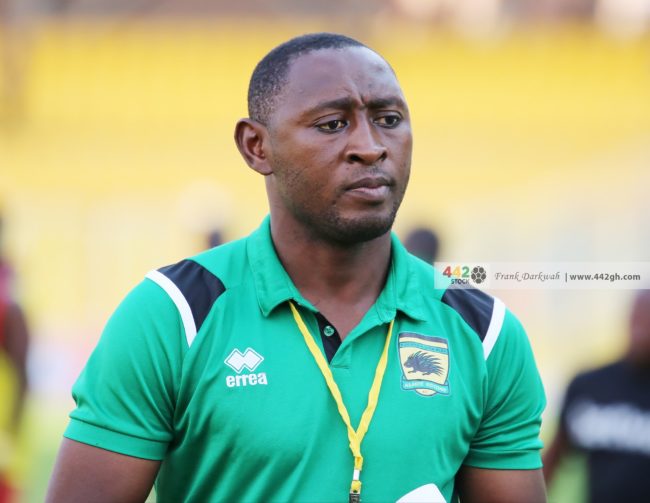 Ghana Premier League side, Kumasi Asante Kotoko, have confirmed the appointment of Abdul Gazale as the club’s head coach until the head of the current season.

Gazale replaces Maxwell Konadu who was fired back in December 2020 after a poor start to the season and were without a substantive coach, with Konadu’s assistant, Johnson Smith put in charge of match day duties.

“Asante Kotoko have today, February 8, 2021 notified the Ghana Football Association of the confirmation of the appointment of Coach Abdul Gazale, a CAF License “A” holder as the substantive head coach of the club,” GFA said in a statement on its website.

“Following the departure of Maxwell Konadu, the league leaders and CAF Confederation Cup campaigners informed the Association that Coach Abdul Gazale has been appointed in an Acting capacity until a substantive one is appointed.

“Under the Duty To Notify requirement by clubs and the Club Licensing Process, Asante Kotoko SC notified the GFA of the interim appointment of Abdul Gazale and Johnson Smith as head coach and assistant respectively for a 30 day period on December 22, 2020.

“On Wednesday, January 20, 2021, the club was reminded of the expiry of the interim appointment and the need to confirm a substantive appointment on or before the January 22, 2021 by the Association or risk being sanctioned.

“Accordingly, the club has confirmed the appointment of Abdul Gazale as the head coach for both their domestic and continental competitions for the remainder of the 2020/21 season.”

Johnson Smith, who has been the main actor during this period, has guided the club to the summit of the Ghana Premier League table with 23 points after 13 games played since taking over from round five.

"I was not bothered by Swansea City goal drought"- Andre Ayew