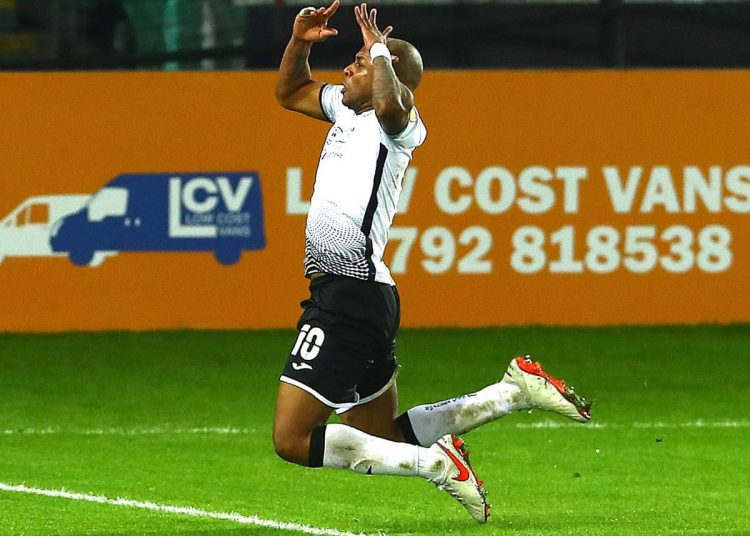 Black Stars captain, Andre Ayew, has revealed that he was not perturbed by his inability to find the net for Swansea City between December 2020 and February 2021.

The Swansea forward scored the first of Swansea City’s two goals against Norwich on February 5 at the Liberty Stadium in the Championship to move the Welsh team 3rd on the table behind Norwich and Brentford.

The goal was Ayew’s 9th of the season in 26 appearances and it was his first in 6 matches but after the match, he told Swans TV that he was not too worried by not finding the net in the period.

He explained that his contributions to the club went beyond goals and he was pleased to have helped Swansea pick up vital win in that period.

“As someone who plays upfront, it is important to get goals for the team but it (the dry spell) was not something that disturbed me much. I was playing well and I was making the team score goals in different goals with my movements etc.

Of course, I always want to score and that is for sure but I think what is important is the team and what I can do to make the team get more goals. It can be through my movements, assists for my team mates. That is what is important.

I am happy to get the goal though but what is important is the team and in that spell, we showed that we could not rely on a few players for goals. Everyone had to chip in with goals and we are solid at the moment.”

Before getting the goal against Norwich, Ayew’s last goal in the Championship came against QPR in a 2-0 away win.