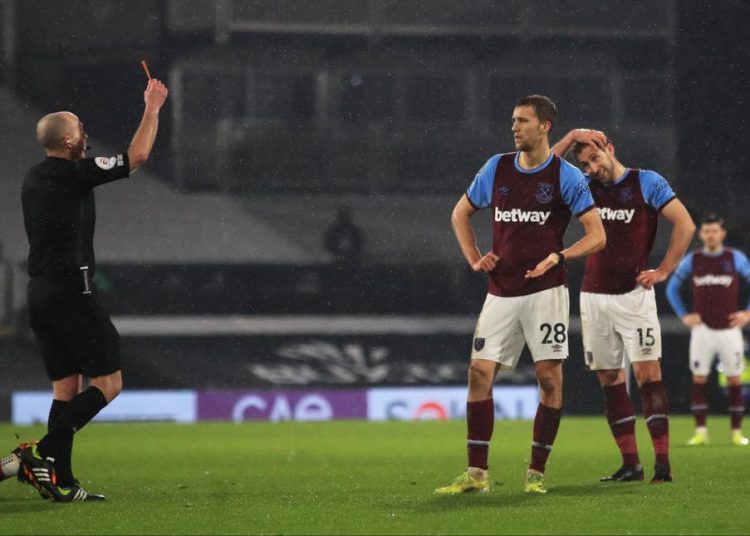 Tomas Soucek’s controversial red card against Fulham has been overturned after West Ham’s claim of wrongful dismissal was upheld by the FA.

Soucek was controversially sent off by referee Mike Dean after his elbow made contact with Fulham striker Aleksandar Mitrovic’s face in the closing stages of their 0-0 draw on Saturday.

West Ham lodged a claim of wrongful dismissal on Sunday, and on Monday an independent regulatory commission upheld the appeal after confirming there were sufficient grounds to remove the suspension.

“Tomas Soucek will be available for West Ham United FC’s next three fixtures following a successful claim of wrongful dismissal,” an FA statement read on Monday.

“The midfielder was sent off during a Premier League fixture against Fulham FC on Saturday for violent conduct.”

The Czech international was at risk of a three-game ban for violent conduct which would have forced him to sit out the Hammers’ FA Cup fifth-round tie against Manchester United on Tuesday, as well as their Premier League games against Sheffield United and Tottenham.

“I am glad my red card against Fulham has been overturned,” Soucek said on Twitter. “I’ve checked it, I’ve gone over 200 games without a single red card. My entire career.