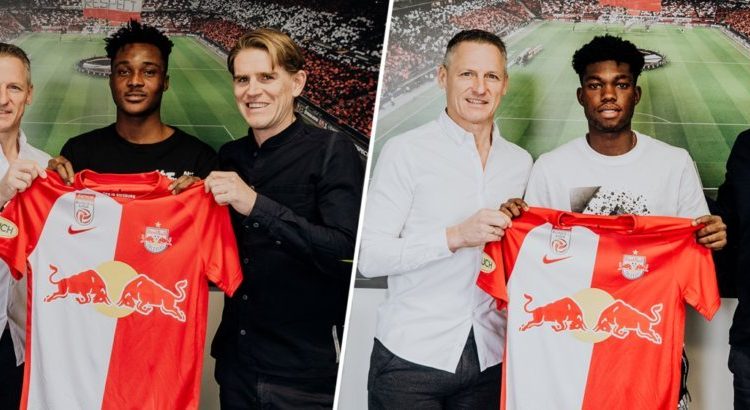 0
SHARES
292
VIEWS
Share on FacebookShare on TwitterShare via Whatsapp

The duo – Daniel Owusu and Forson Amankwah – have enjoyed training spells with the side over the past two years. Having left a lasting impression, they have now been offered four-and-a-half-year contracts each.

“We have hired two talents from Ghana. Daniel Owusu (in a black shirt) and Forson Amankwah (in a white shirt) will each sign until 2025,” portions of a publication on the Red Bull Salzburg website read.

Both 18-year-olds will start life in Austrian football careers away from the club immediately.

Daniel Owusu, a midfielder is off to FC Liefering while forward Forson Amankwah joins SV Horn where they will be used as cooperation players.

Owusu scored once in five appearances while Amankwah also featured six times for WAFA in the ongoing 2020/21 Ghana Premier League.