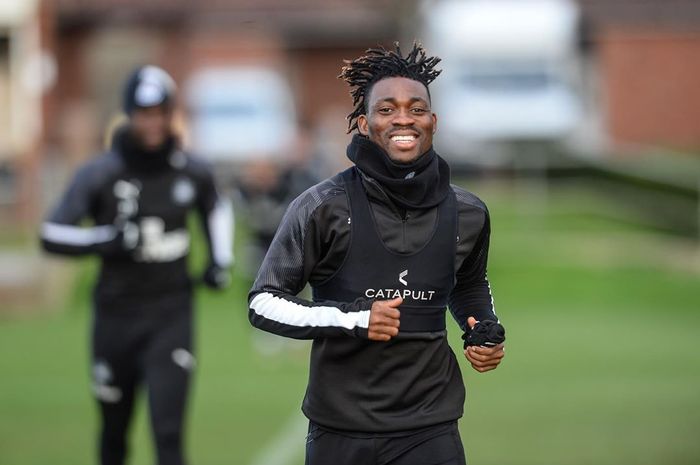 Ghana midfielder, Christian Atsu has been given a career boost after being restored to Newcastle’s Premier League squad.

The Ghana international was frozen out of the squad for the first half of the season and was asked to find another club by manager Steve Bruce.

Atsu who was linked with a move to Scottish club Celtic failed to move during the transfer window but following  Newcastle’s failure to sign a senior player on deadline day, Atsu has been handed the spare space made available by DeAndre Yedlin’s departure to Galatasaray.

The 29-year old has been given another opportunity to impress manager Steve Bruce and will come back into the squad for the remaining 16 games of the Premier League campaign.

“Christian Atsu comes back into it.” Bruce said.

“There’s only him or Henri Saivet to choose from so it was pretty straight-forward.”

Atsu has made one appearance this season in the League Cup in the 1-0 win over Blackburn Rovers but played 24 times last season for Bruce.

The Ghana International’s current deal runs out at the end of the season.