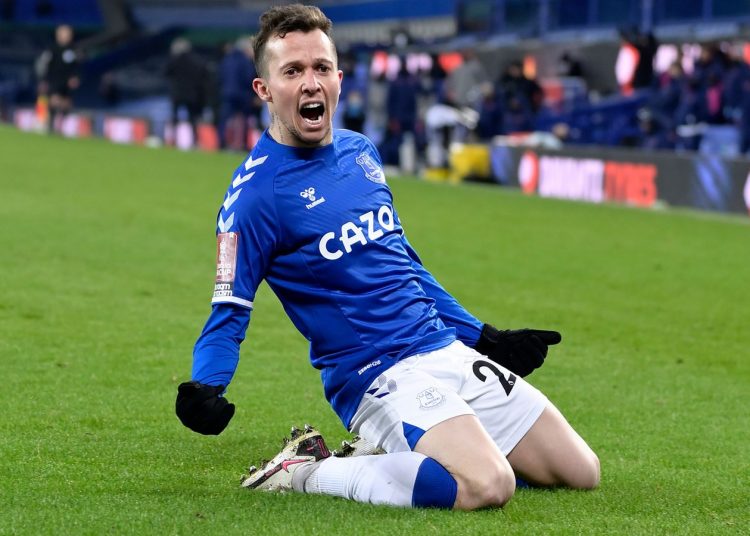 Everton came out on top in a nine-goal FA Cup classic against Tottenham to reach the quarter-final with a thrilling and chaotic 5-4 extra-time victory.

In a chaotic first half, Davinson Sanchez gave Spurs the lead with a header (3), but Everton hit back with three goals in seven minutes. First, Dominic Calvert-Lewin’s fierce shot was parried into his own net by Hugo Lloris, who should have done better (36), before Richarlison’s low effort found the bottom left corner from 20 yards (38).

Gylfi Sigurdsson converted from the spot (43) after Pierre-Emile Hojbjerg had unintentionally clipped Calvert-Lewin, but Spurs were back in it on the stroke of half-time through Erik Lamela’s deft finish from an angle (45+3).

The drama didn’t stop in the second half as Sanchez got his second to level at close range (57), Richarlison then edged Everton ahead with another finish from a tight angle past Lloris (68), but sub Harry Kane levelled with a header from a wicked Son cross (83).

And Bernard, who was close to leaving the club in January, grabbed the winner for Everton with a brilliant half-volley from Sigurdsson’s expert pass in extra-time (97).

Everton, who have reached the quarter-finals for the first time in five years, will find out who they face in the last eight in Thursday evening’s draw, while a Jose Mourinho side conceded five goals for the first time since January 2015, when his Chelsea side were beaten 5-3 by Tottenham.