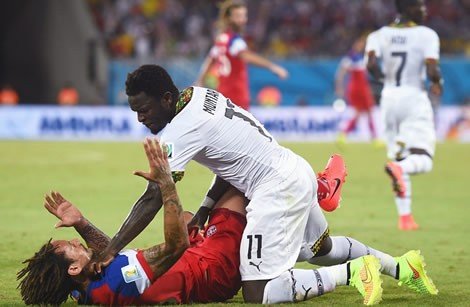 Sulley Muntary will go down in history as one of the greatest Black Stars players of all time. The former Portsmouth, Inter Milan and AC Milan midfielder always left everything on the pitch whenever he pulled on the national team jersey.

For many football fans, Muntari’s dedication to the national team was particularly unmatched.

His immeasurable passion on the pitch also means he can sometimes overreact when things are not going his way. This means Muntari also has a catalog of controversial moments in his Black Stars career.

But if Muntari’s career divides opinion, his humanity surely does not.

Known for his charity works, the now 36 year old Sulley  went into a poor neighbourhood during the 2014 world cup and handed out money to women and children. 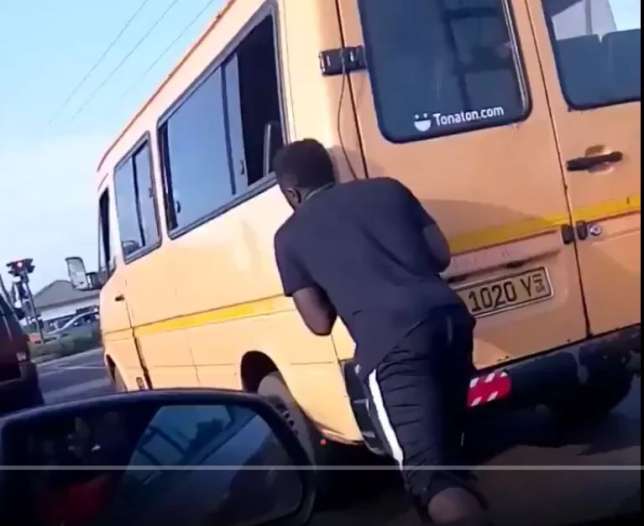 In 2017, he helped push a trotro bus that had broken down on the main Madina road.

Although Sulley had always been regarded by Ghanaian football fans as a maverick, to his teammates, he has always been seen as a fighter for equality and justice, as narrated by Fatau Dauda, Derek Boateng and David Accam.

Derek Boateng narrates how Sulley Muntari fought against attempts by national team handlers to put local players in economy class and foreign players in business class in a flight.

“Sulley Ali Muntari is the most sincere Black stars player I worked with, he always wanted the best for his colleagues,” Boateng spoke to Starr FM.

“He resisted a move by Black Stars officials to place local players in the economy class and foreign players in business class.”

“When I was in the national team, Sulley Muntari made sure that every player that goes for the tournament receives the same amount of money,” he told Accra based Angel FM.

David Accam on how Sulley Muntari fought for the GFA to pay for flights for the three players dropped in camp ahead of the 2014 world cup.

“Sulley [Muntari] told them in Twi to book a flight for me because they said I was not going with them.”

“Sulley said don’t worry, book your flight, I will make sure they pay you your money. He went to the secretary and told him, you guys have to pay, or if not you have to pay them the money they used to book the flight.”

Michael Essien has Muntari to thank for bringing him to AC Milan.

“I had a call from Milan and it was my best friend Muntari who called me and said AC Milan are interested in you.”

“I said to myself it will be great to go there and play with him. It was also nice for both of us to play for the same team in Europe”

Whatever your opinions of Muntari are, you can’t deny his humanity.