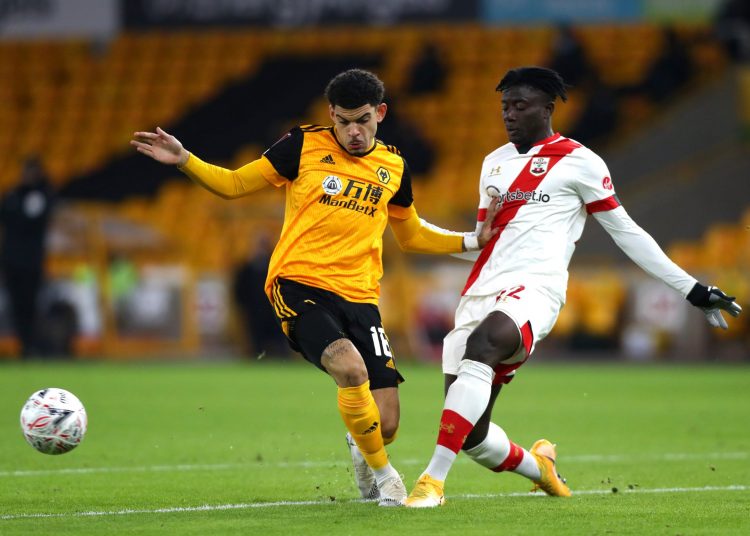 Ghana defender Mohammed Salisu finally made his debut for Southampton after six months of waiting, as they defeated Wolverhampton Wanderers 2-0 in the FA Cup fifth round on Thursday.

The 21-year-old saw 90 minutes of action, helping The Saints progress to the sixth round of the cup competition.

In the end, second-half goals from Danny Ings and Stuart Armstrong decided the fixture at Molineux.

Salisu joined Southampton in a four-year deal from Spanish side Real Valladolid in August last year.

Owing to an injury suffered while in Spain, the defender had to delay joining Southampton training until after a month, ultimately linking up with his new teammates in the week of commencement of the Premier League season.

Despite being ever-present at training, Saints boss Ralph Hasenhuttl overlooked the Ghanaian in his matchday squads until December where the centre-back was drafted into the set-up for a league clash with Brighton & Hove Albion.

He went on to make six consecutive appearances on the bench before sustaining another injury just before the New Year, ruling him out of an FA Cup encounter with Shrewsbury Town in which the club had hoped to hand the Accra-born a debut.

“He [Salisu] came to us with a medical issue and we knew he probably won’t play until October,” Southampton chief executive officer Martin Semmens explained to the BBC last month.

“We expected him to be available from the middle of October and in November he was getting on track, then he had a setback that probably pushed him into December.

“I think we need to be really clear here: we are exceptionally happy with him as a person and a character. He’s physically great and fits our system and Ralph loves working with him and he’ll be a great player in our future.”

Having turned down his maiden Ghana call-up in 2019 due to injury, Salisu could be handed another invitation for next month’s 2021 Africa Cup of Nations qualifiers against South Africa and Sao Tome and Principe.