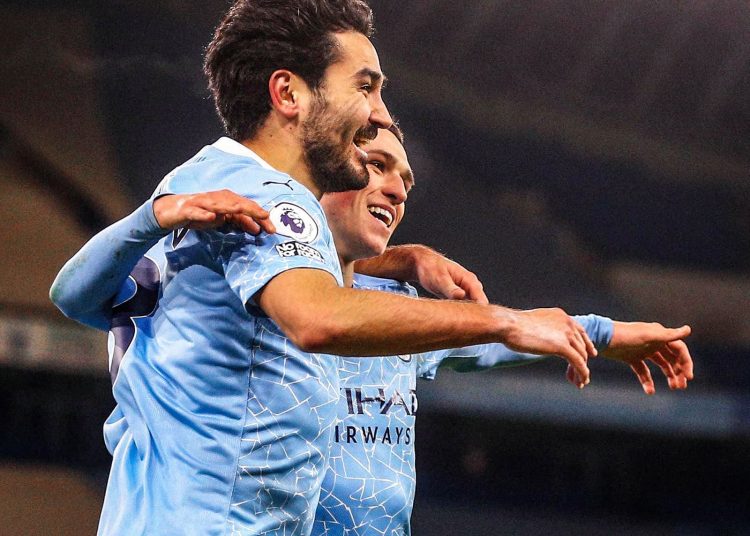 Manchester City extended their winning run to 15 games and their lead at the top of the Premier League to seven points as they easily defeated Tottenham at Etihad Stadium.

Ilkay Gundogan scored twice after Rodri had put City ahead from the penalty spot midway through the opening period.

Raheem Sterling might have had another late on as City strengthened their grip at the summit, where they also have a game in hand over second-placed Leicester.

It was a chastening night for Tottenham and their manager Jose Mourinho.

When they won the first meeting between these sides in November, Tottenham were top of the table.

Since then, City have taken 41 points from a possible 45 to take a decisive advantage in the title race.

In contrast, Spurs have now collected 16 points in 14 games and lost four games out of five in all competitions and remain in eighth.

On this evidence, few will give Mourinho any chance of overcoming Pep Guardiola at Wembley when these sides meet in the Carabao Cup final on 25 April.

Manchester City are next in action in a re-arranged Premier League game at Everton on Wednesday.

Whereas Tottenham resume their Europa League campaign on Thursday against Austrian side Wolfsberger in a last-32 first-leg tie that has been switched to Budapest.