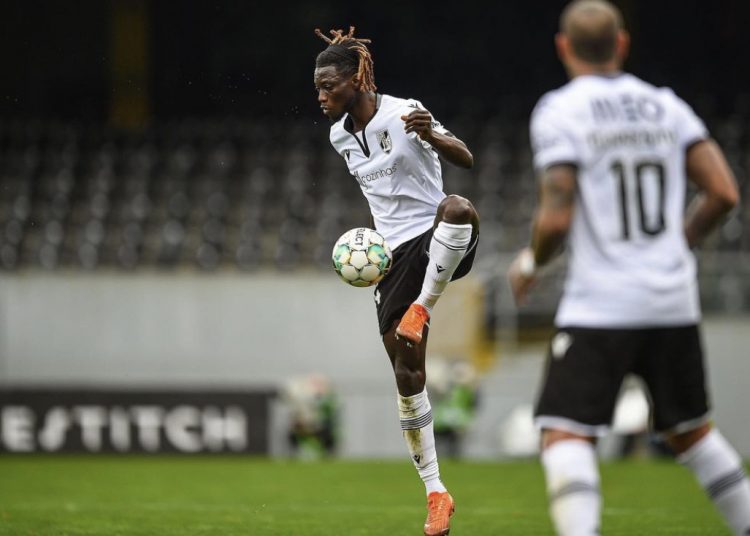 Ghanaian defenders Gideon Mensah and Abdul Mumin impressed at the heart of the Vitoria Guimaraes defense but it was not enough to stop them from losing 3-1 to Rio Ave on Saturday night in the Portuguese Primera Liga.

The duo have been a big part of the Guimaraes defense that had only conceded two goals in the five games leading to the Rio Ave encounter.

Mumin started in central defense and completed the entire 90 minutes of action at the Estadio D. Alfonso Henriques Stadium in Guimaraes while Mensah played 81 minutes at left back J. Henriques’ men.

Rio Ave raced to a 2-0 lead in the first half before Ricardo Quaresma missed a penalty and then scored the rebound to half the deficit.

Take a look at the individual stats for Gideon Mensah and Abdul Mumin: 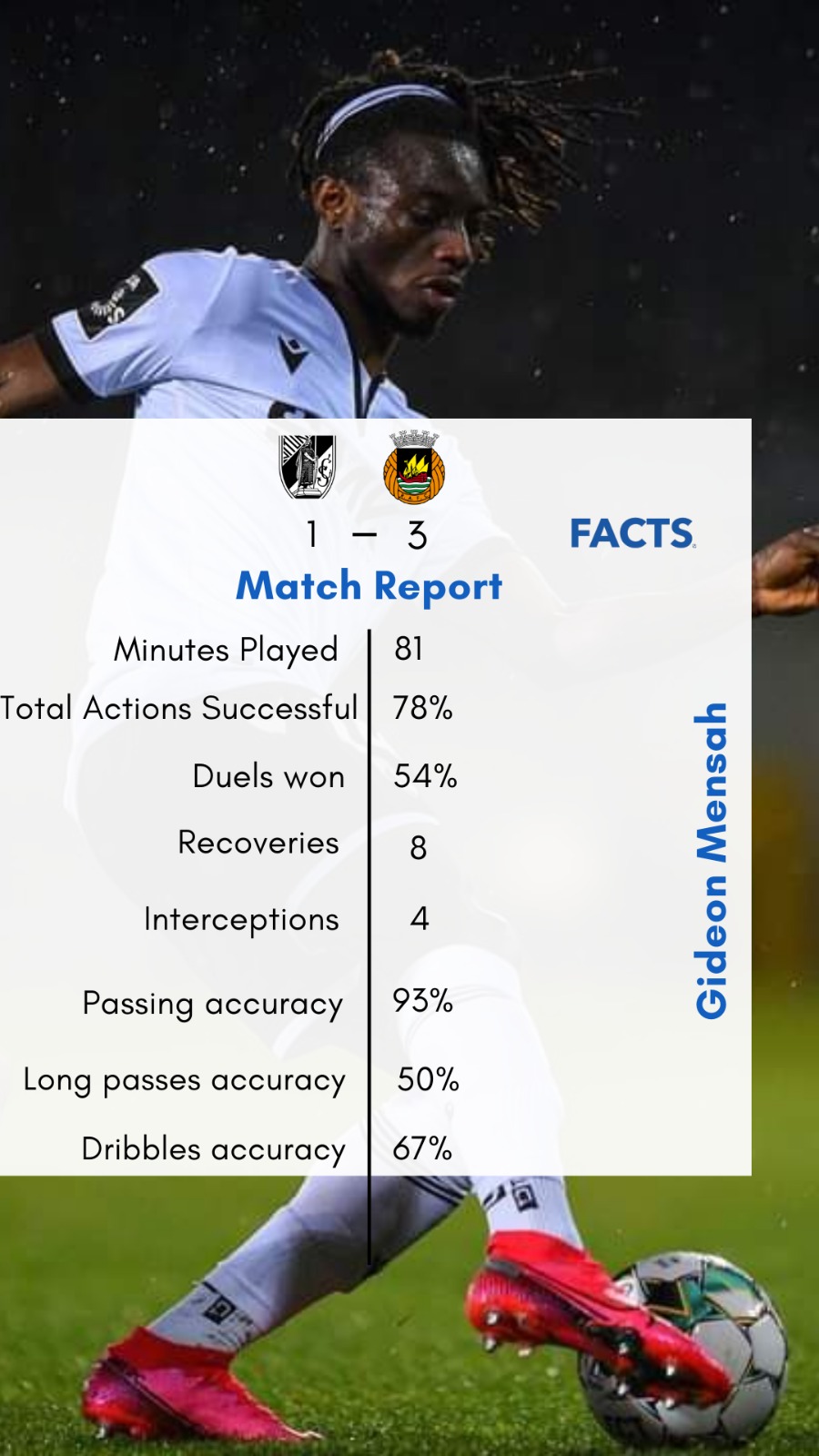 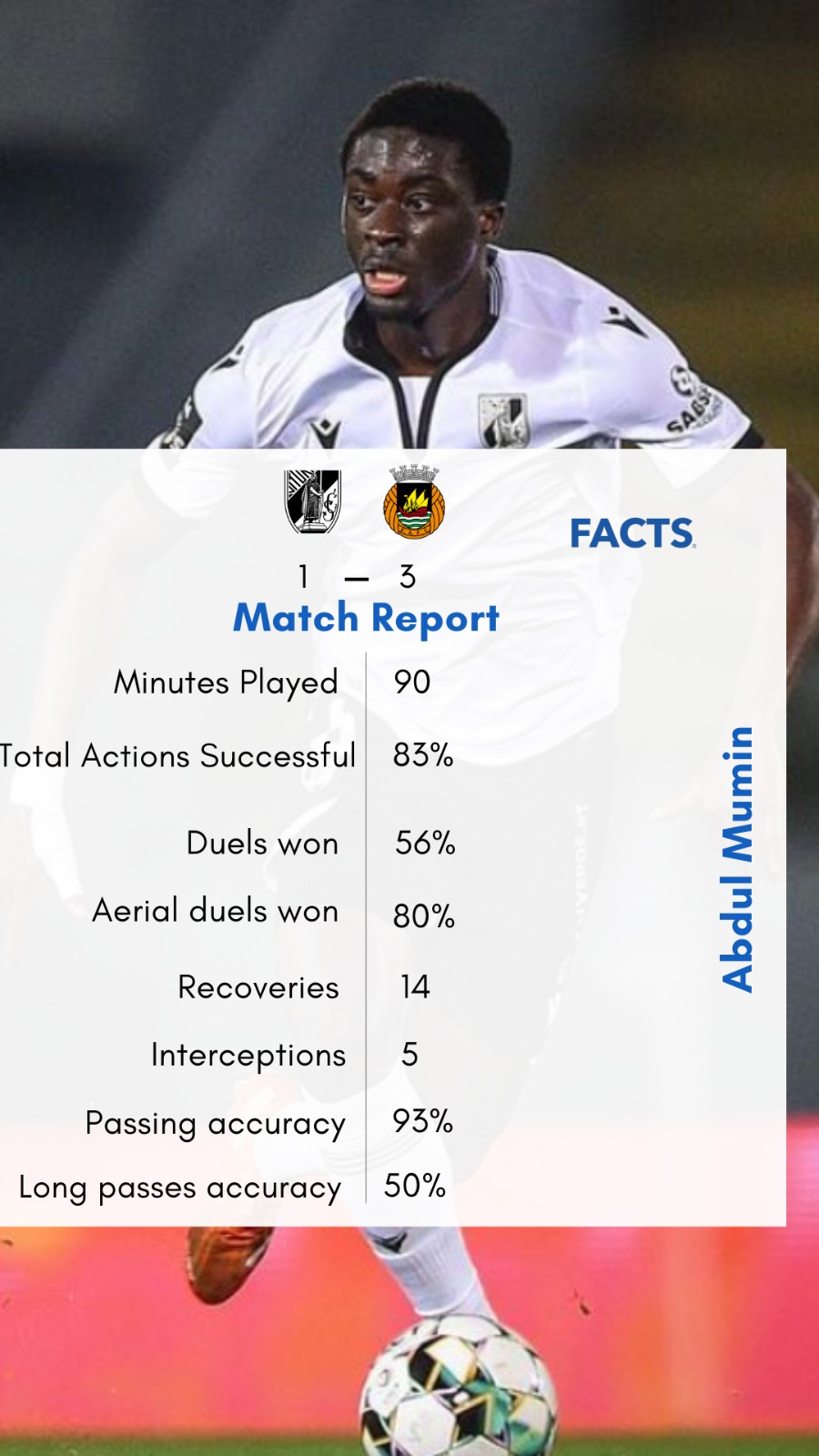