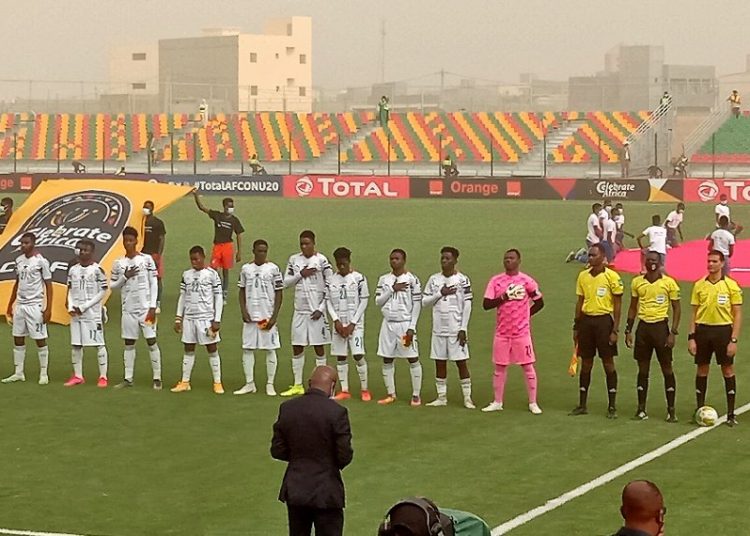 Ghana’s U-20 team, the Black Satellites got off to a perfect start at the 2021 U20 Africa Cup of Nations with a thorough 4-0 win over Tanzania in their opening group game at the Stade Municipal Nouadhibou.

A brace from Dreams FC forward Percious Boah and a goal each from Abdul Fatawu Issahaku and Joselpho Barnes gave Karim Zito’s men a dream start to the competition.

Ghana started the game just as they wanted it to end as Dreams FC’s Percious Boah opened the scoresheet with a free-kick after just 2 minutes of action.

Ghana controlled most parts of the game and were further rewarded for their dominance.

This time it was Abdul Fatawu Issahaku who  lobbed the ball into the back of the net from the center circle, scoring potentially the goal of the tournament.

The Black Satellites will then go into the break with a two-goal advantage with Tanzania nowhere in the contest.

After 71 minutes, Percious Boah got his second of the game and Ghana’s 3rd. He dummied the Tanzanian defender before picking a spot and calmly placing it beyond the reach of the goalkeeper.

Joselpho Barnes, making his debut in Ghana colours, put the cherry on the iced cake, extending Ghana’s lead to four before the final whistle in Nouadhibou.